Kamov is a Russian rotorcraft manufacturing company, founded by Nikolai Ilyich Kamov, who started building his first rotary-winged aircraft in 1929, together with N. K. Skrzhinskii. Up to the 1940s, they created many autogyros, including the TsAGI A-7-3, the only armed autogyro to see (limited) combat action.

Kamov merged with Mil and Rostvertol to form Oboronprom Corp. in 2006. The Kamov brand name was retained, though the new company dropped overlapping product lines. 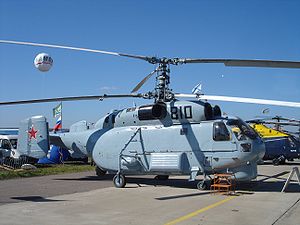 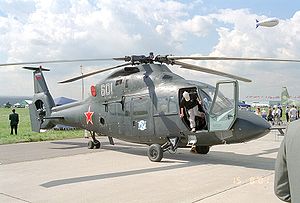 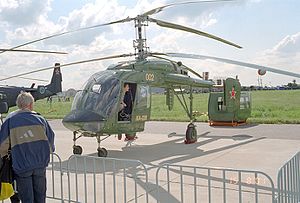 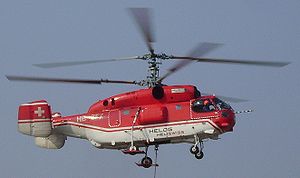 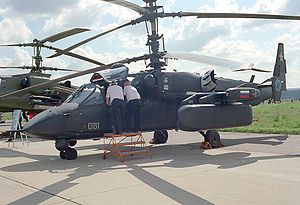 In the 1990s Kamov drew up an attack helicopter design for the Chinese government under a secret contract which was later revealed. This preliminary design was used as the basis of the CAIC Z-10.[1][2][3]