The Karlovy Vary International Film Festival (Czech: Mezinárodní filmový festival Karlovy Vary) is a film festival held annually in July in Karlovy Vary (Carlsbad), Czech Republic. The Karlovy Vary Festival is one of the oldest in the world and has become Central and Eastern Europe’s leading film event.[1] 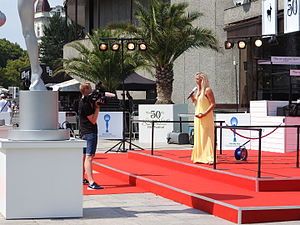 The pre-war dream of many enthusiastic filmmakers materialized in 1946 when a non-competition festival of films from seven countries took place in Mariánské Lázně and Karlovy Vary. Above all it was intended to screen the results of the recently nationalized Czechoslovak film industry. After the first two years the festival moved permanently to Karlovy Vary.

For several decades after the Communist takeover in February 1948 the festival was domninated by socialist realist school of cinema.

The social and political changes that took place after the Velvet Revolution in November 1989 pushed concerns about organizing the Karlovy Vary IFF to the background. The program for 1990 was saved by the release of a collection of Czechoslovak films which had been locked up for years in a storage vault. And the appearance of a number of international guests such as Miloš Forman, Lindsay Anderson, Annette Bening and Robert De Niro helped as well. Future festivals were in doubt. Financial problems and a lack of interest on the part of the government, organizers and viewers almost ended the festival's long tradition in 1992.

In 1994 the 29th Karlovy Vary IFF inaugurated an entirely new tradition. After nearly forty years of alternating with the Moscow IFF, the festival began once again to take place every year. The Karlovy Vary Film Festival Foundation was set up in 1993 co-created by the Ministry of Culture, The City of Karlovy Vary, and the Grand Hotel Pupp. Actor Jiří Bartoška was invited to be the festival's president, and Eva Zaoralová became program director in 1995. Since 1998 the organization of the festival has been carried out by Film Servis Festival Karlovy Vary, a joint stock company. 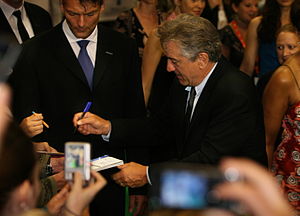 The core of the program is the feature film competition; in accordance with FIAPF regulations only those films which have not been shown in competition at any other international festivals can be included. The documentary competition is an important festival event. The extensive informative program features both distribution pre-premiers and films awarded at other festivals. But it also includes discoveries of artistic creations by independent directors, productions coming out of little known film industries, retrospectives, and an overview of Czech film output during the past year. For the tenth straight year the festival will present Variety Critics' Choice: new and interesting films of mainly European production selected by critics working at this prestigious magazine.

Seminars focusing primarily on European film are another important part of the festival.

Thousands of visitors and the great variety of films testify to the effectiveness of the program team with program director Eva Zaoralová at its head. Due to their valiant efforts many films will be purchased at the festival for wider distribution or, thanks to receiving a festival award, will attract the attention of major producers, distributors, and the media.

The festival program has the following sections:

Since 1948, the Grand Prize has been the Crystal Globe – although its form has often changed. As of the 35th Karlovy Vary IFF 2000 the Crystal Globe has taken on a new look: now the figure of a woman stands raising a crystal ball (artistic concept worked out by Tono Stano, Aleš Najbrt, Michal Caban, and Šimon Caban).

The Feature Film Competition is divided into the following main awards:[3]

The Documentary Competition is divided into the following main awards:

Each year, the festival also presents the Crystal Globe for Outstanding Contribution to World Cinema. 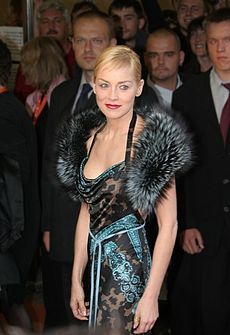 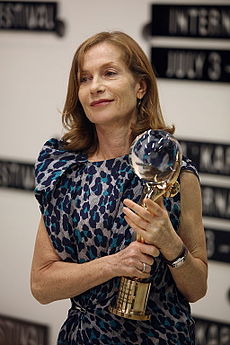