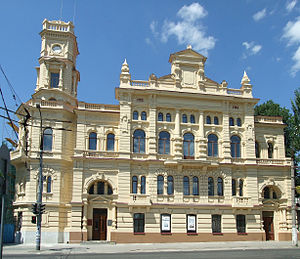 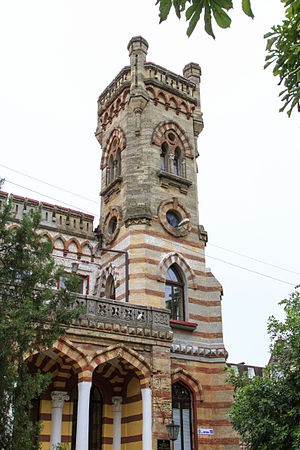 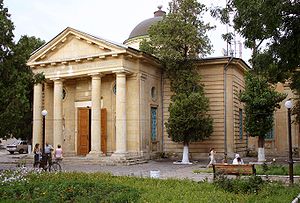 Kherson (Ukrainian: Херсо́н; Russian: Херсо́н) is a city in southern Ukraine. It is the administrative center of the Kherson Oblast (province), and is designated as its own separate raion (district) within the oblast. Kherson is an important port on the Black Sea and Dnieper River, and the home of a major ship-building industry. Estimated population as of 2007 was 329,000.

Since the annexation of Crimea by the Russian Federation in 2014, Kherson also houses the office of Presidential representative of Ukraine in Crimea headed by Nataliya Popovych.[3]

Until 1774, the region belonged to the Crimean Khanate.

Kherson was founded in 1778 by Grigori Aleksandrovich Potemkin, on the orders of Catherine the Great. The city was built under the supervision of General Ivan Gannibal on the site of a small fortress called Aleksanderschanz. The name Kherson is a contraction of Chersonesos, an ancient Greek colony founded approximately 2500 years ago in the southwestern part of Crimea. One of the first buildings in the Kherson Fort was the Church of St. Catherine where Potemkin was eventually buried. The last tarpan was caught near Kherson in 1866.[citation needed] During World War II, Kherson was occupied by the German Army from 21 August 1941 to 13 March 1944. During the Ukainian revolution of 2014 the city whas the scene of riots against president Yanukovich during which the main Lenin statue of the city was toppled by protesters. After the revolution the city became relatively calm.

As of Ukrainian National Census (2001), the ethnic groups living within Kherson are:

The ethnic groups living within Kherson as of the 1926 Census:

There are three city raions. Two of them still carry mark of a colonial city of Russia.[citation needed] 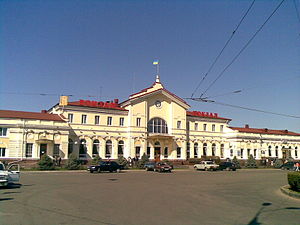 Kherson is served by Kherson International Airport providing both passport and customs control. It operates a 2,500 x 42-meter concrete runway, accommodating Boeing 737, Airbus 319/320 aircraft, and helicopters of all series.

Kherson is connected to the national railroad network of Ukraine. There are daily long-distance services to Kyiv, Lviv and other cities. 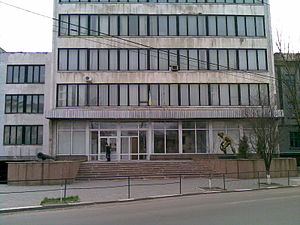 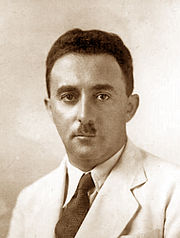