Konstantin Nikolaevich Leselidze (Russian: Константин Николаевич Леселидзе, Georgian: კონსტანტინე ლესელიძე, Konstantine Leselidze) (October 15, 1903 – February 21, 1944), was a Colonel-General and Hero of the Soviet Union who distuingished himself at the North, Transcaucasus and Ukrainian front during World War II. He was also the elder brother of Viktor Nikolaevich Leselidze[1]

Leselidze was born on October 2 or 15, 1903 in Ozurgeti, Georgian (then part of the Russian Empire) to an ordinary employee family. He was the elder brother of another decorated warhero, colonel Victor Leselidze who also died in the same year of the war. In May 1921 after graduating from high school in Tbilisi Leselidze joined the Red Army and was deployed primarily in Georgia. He participated in the suppression of local anti communism movements and uprisings before graduating from the Georgian Joint Military School in 1925 and in 1929 from the Tbilisi Artillery School for advanced officer courses. Leselidze was member of the All-Union Communist Party Bolsheviks already since 1925. During the period of 1922 to 1938 he commanded artillery units from batteries to regiments and the Georgian Joint Military School. In June 1938 he got appointed to chief of artillery, infantry division and was active during the Soviet invasion of Poland in 1939. From February 1941 to the outbreak of hostilities, colonel Leselidze was chief of artillery, rifle corps in the Belorussian Special Military District.

In the first year of war, colonel Leselidze remained in command of the artillery in the 2nd infantry corps and the 50th army on the soviet western front. In June 1942 he became commander of the 3rd Infantry Corps, 46th Army of the Transcaucasus Front. Only two months later, Leselidze was promoted to major general and given command over the 46th Army, in which he remained until January 1943. From January to March the same year, lieutenant general of the 47th Army and from March to February 1944, commander of the 18th Army in the Transcaucasus, the North Caucasus and the 1st Ukrainian Front as colonel general. The stretching campaigns led him and his forces to the Battle of Moscow, Battle of Caucasus and the liberation of Ukraine, being additionally involved in the Krasnodar, Novorossiysk, Taman, Kerch-Eltigen and Zhitomir-Bordichevskoy defensive operations. The troops under his command exposed great bravery and Leselidze's tactics managed to defend the Caucasus from Wehrmacht takeover, initiating the liberation of the entire area by soviet forces. His forces did also claim a foothold on the Kerch Peninsula, north-east of Kerch itself. 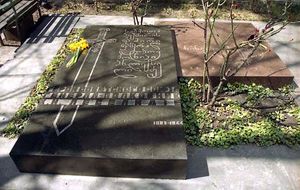 In Moscow, the general was plagued by a serious illness and fell victim to it on February 21, 1944 dying at the age of 40.

From 1944 to 1992, Gyachripsh (a town in Abkhazia) was renamed "Leselidze" after the general. In Tbilisi (the capital of Georgia), a street in the center of the city was named after General Leselidze and a statue of him also stands on this street. Streets were named after him in the cities of Batumi, Sochi, Novorossiysk and Gelendzhik.