Kramatorsk (Ukrainian: Краматорськ, Kramators'k) is a city of oblast significance located at the northern portion of Donetsk Oblast, in eastern Ukraine. Since October 11, 2014 Kramatorsk has been the provisional seat of Donetsk Oblast, following the events surrounding the War in Donbass.[1]

The city is located on the banks of the Kazennyi Torets River which is a right tributary of the Siversky Donets. Population: 164,283 (2013 est.)[2]. It is an important industrial and mechanical engineering centre in Ukraine. At various periods, Kramatorsk was a place of residence for a number of notable people including Leonid Bykov, Joseph Kobzon and the youngest person to ever become FIDE World Champion Ruslan Ponomariov. 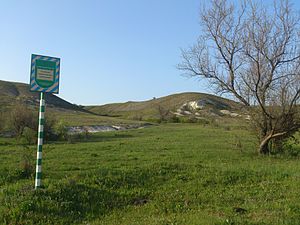 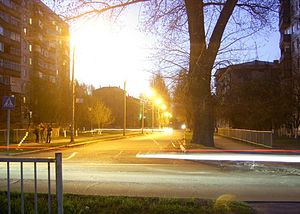 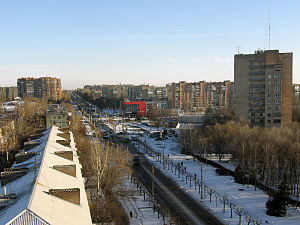 Kramatorsk and its city municipality is located between Sloviansk Raion and Kostiantynivka Raion and along with its centers is part of a major urban agglomeration in the region.

According to the 2001 population census, the ethnic composition of Kramatorsk was:

The city grew from a settlement by a small railway station in 1868 into a major urban settlement in the north of Donetsk Oblast with several heavy machine production facilities.

Kramatorsk has not stayed away from the international outsourcing trend prompted by the emergence of the information society in Ukraine in the Post-Soviet years. An IT company QuartSoft Corp. was founded in Kramatorsk in 1999. Now it has offices in the United States and Austria. 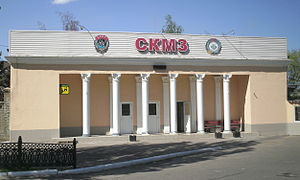 In the 2000s, a wind turbine production facility was constructed in Kramatorsk. This is a joint venture between German Fuhrländer AG and its Ukrainian partners. According to their site, Fuhrländer became the first company in the renewable energy sector to obtain a building permit from the Ukrainian government.[6]