At first krymchak was a Russian descriptive used to differentiate them from their Ashkenazi Jewish coreligionists, as well as other Jewish communities in the former Russian Empire such as the Georgian Jews, but in the second half of the 19th century this name was adopted by the Krymchaks themselves. Before this their self-designation was "Срель балалары" (Srel balalary) - literally "Children of Israel". The Crimean Tatars referred to them as zuluflı çufutlar ("Jews with pe'ot") to distinguish them from the Karaites, who were called zulufsız çufutlar ("Jews without pe'ot").

The Krymchaks speak a modified form of the Crimean Tatar language, called the Krymchak language. It contains numerous Hebrew and Aramaic loan-words and was traditionally written in Hebrew characters (now it is written in Cyrillic script).

Krymchaks are probably partially descended from Jewish colonists who settled along the Black Sea in ancient times. Jewish communities existed in many of the Greek colonies in the region during the late classic period. Recently excavated inscriptions in Crimea have revealed a Jewish presence at least as early as the 1st century BCE. In some Crimean towns, monotheistic pagan cults called sebomenoi theon hypsiston ("Worshippers of the All-Highest God", or "God-Fearers") existed.[citation needed] These quasi-proselytes kept the Jewish commandments but remained uncircumcised and retained certain pagan customs. Eventually, these sects disappeared as their members adopted either Christianity or normative Judaism. Another version that after suppression of Bar Kokhba's revolt, by the emperor Hadrian those Jews who were not executed were exiled to the Crimean peninsula.[citation needed]

The late classical era saw great upheaval in the region as Crimea was occupied by Goths, Huns, Bulgars, Khazars and other peoples. Jewish merchants such as the Radhanites began to develop extensive contacts in the Pontic region during this period, and probably maintained close relations with the proto-Krymchak communities. Khazar dominance of Crimea during the early Middle Ages is considered to have at least a partial impact on the Krymchak demographics.

In the late 7th century most of Crimea fell to the Khazars. The extent to which the Krymchaks influenced the ultimate conversion of the Khazars and the development of Khazar Judaism is unknown. During the period of Khazar rule, intermarriage between Crimean Jews and Khazars is likely, and the Krymchaks probably absorbed numerous Khazar refugees during the decline and fall of the Khazar kingdom (a Khazar successor state, ruled by Georgius Tzul, was centered on Kerch). It is known that Kipchak converts to Judaism existed[citation needed], and it is possible that from these converts the Krymchaks adopted their distinctive language.

The Mongol conquerors of the Pontic region were promoters of religious freedom, and the Genoese occupation of the southern Crimea (1315–1475) saw rising degrees of Jewish settlement in the region. The Jewish community was divided among those who prayed according to the Sephardi, the Ashkenazi, and the Romaniote rites. Only in 1515 were the different styles united into a distinctive Krymchak rite by Rabbi Moshe Ha-Golah, a Chief Rabbi of Kiev who had settled in Crimea.

In the 18th century the community was headed by David Ben Karasubazar Lehno Eliezer (d. 1735), author of the introduction of the "ritual prayer book Kaffa" and the works of "Mishkan David" ("Abode of David"), devoted to grammar of Hebrew. He is also the author of monumental historical chronicle, "Dewar sefataim" ("Utterance the mouth") in Hebrew on the history of the Crimean Khanate.

See also: History of the Jews in Turkey

Under the Crimean Khanate the Jews lived in separate quarters and paid the dhimmi-tax (the Jizya). A limited judicial autonomy was granted according to the Ottoman millet system. Overt, violent persecution was extremely rare.

Anthropologist S.Vaysenberg said: "The Origin of Krymchaks lost in the darkness of the ages. Only one thing can be said that the Turkic blood in them is less than Karaites, although certain kinship with the peoples of both the Khazars can hardly be denied. But Krymchaks during the Middle Ages and modern times is constantly mixed up with their European counterparts. For the Italian-Jewish admixture of blood from the time of the Genoese family said Lombroso, Pyastro and others. Cases of confusion with the Russian Jews in recent times "[13].

There is no general works on the ethnography of Krymchaks. The available summary of folklore materials are not complete. Several extensive data anthroponimics, although they reflect the situation in the late 19th and early 20th century, without affecting the earlier period, according to which there is archival material. The study of each of these groups of sources can shed light on the ethnogenesis of ethnic minorities Krymchaks. [14]

The Russian Empire annexed Crimea in 1783. The Krymchaks were thereafter subjected to the same religious persecution imposed on other Jews in Russia. Unlike their Karaite neighbors, the Krymchaks suffered the full brunt of anti-Jewish restrictions.

During the 19th century many Ashkenazim from Ukraine and Lithuania began to settle in Crimea. Compared with these Ashkenazim the Krymchaks seemed somewhat backward; their illiteracy rates, for example, were quite high, and they held fast to many superstitions. Intermarriage with the Ashkenazim reduced the numbers of the distinct Krymchak community dramatically. By 1900 there were 60,000 Ashkenazim and only 6,000 Krymchaks in Crimea.

In the mid-19th century the Krymchaks became followers of Rabbi Chaim Hezekiah Medini, a Sephardi rabbi born in Jerusalem who had come to Crimea from Istanbul. His followers accorded him the title of gaon. Settling in Karasu Bazaar, the largest Krymchak community in Crimea, Rabbi Medini spent his life raising educational standards among the Jews of Crimea.

After the Russian Revolution of 1917, civil war tore apart Crimea. Many Krymchaks were killed in the fighting between the Red Army and the White Movement. More still died in the famines of the early 1920s and the early 1930s. Many emigrated to the Holy Land, the United States, and Turkey.

Under Joseph Stalin, the Krymchaks were forbidden to write in Hebrew and were ordered to employ a Cyrillic alphabet to write their own language. Synagogues and yeshivas were closed by government decree. Krymchaks were compelled to work in factories and collective farms. 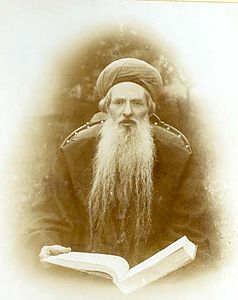 Unlike the Karaim, the Krymchaks were targeted for annihilation by the Nazis. Six thousand Krymchaks, almost 75% of their population, were killed by the Nazis. Moreover, upon the return of Soviet authority to the region, many Krymchaks found themselves deported to Central Asia along with their Crimean Tatar neighbors.

By 2000, only about 600 Krymchaks lived in the former Soviet Union, about half in Ukraine and the remainder in Georgia, Russia, and Uzbekistan. A 600-700 Krymchaks still clinging to their Crimean identity live in the United States and Israel: animator Ralph Bakshi is the most famous of these.