The Kuwait Air Force was founded in 1953 by Field Marshal Sheikh Abdullah Mubarak Al-Sabah when the Directorate of Public Security Force split from the Kuwaiti Army; the new force was equipped with a number of Austers in different configurations and two de Havilland DH.104 Doves.|reason=Date of foundation has to be considered suspect, found a reliable source stating the first Kuwaiti pilot had his first solo flight while learning to fly, in 1954. Another source states that four Austers were delivered to the Kuwait Aero Club in March 1954, with no mention of military deliveries.

The Kuwait Air Force was expanded concurrently with the course of the British intervention during Operation Vantage that deterred Iraq from annexing Kuwait as one of its provinces. The first aircraft to enter KAF service were four Whirlwind helicopters and six BAC/Hunting Jet Provost T.51s. This support from the UK would remain in place for a long time and 1964 was known for the arrival of the first Hawker Hunters. These would later be joined by more examples in 1969. Two de Havilland Canada DHC-4 Caribou transports arrived in 1963. The transport capacity would later be improved by the acquisition of an ex-RAF Armstrong Whitworth AW.660 Argosy in 1969 and later, in 1971, by two Lockheed L-100-20 Hercules. 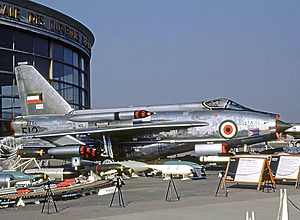 Between 1968 and 1977 two Bell 206s operated in KAF service and from November 1969, eight Augusta Bell 205s were delivered, replacing the aging Whirlwinds. Only five years after the delivery of the Lightnings, the KAF decided it needed an aircraft with better serviceability; it had been using the Hunters and the Strikemasters in the interceptor and ground strike role, rather than the Lightnings. Finally in 1974 the Mirage F1 was selected as the new air defence fighter and a total of 27 Mirage F1CKs and seven Mirage F1BKs were ordered and delivered in two separate batches until 1983. The ground strike role would be filled in by the total of 36 Douglas (T)A-4KU Skyhawks that were ordered in 1974 and delivered during 1977. In addition, 24 SNIAS SA-342K Gazelles were delivered during the mid-1970s and 4 were subsequently passed on to the Police Air Wing. Four L-100-30 Hercules transport aircraft were delivered in 1983, replacing the shorter L-100-20 version of which only one survived (the other crashed in France). Also in 1983, twelve Hawk T64s were ordered to fill the gap that the KAF had in training capacity. In 1988 the Air Force was named al-Quwwat al-Jawwiya al-Kuwaitiya (Kuwait Air Force). The lead-in-fighter-trainer that was selected, the Shorts Tucano T.52, would only be delivered in 1995. They were earmarked for delivery in 1990 but due to the outbreak of the Gulf War, deliveries were postponed.

After the Gulf War, the KAF underwent a reorganization; and the Douglas A-4 Skyhawks and Dassault Mirage F1s were soon phased out in favour of the McDonnell Douglas F/A-18 Hornet. Forty Hornets, consisting of 32 F/A-18Cs and 8 F/A-18Ds, are flying with the 9th Squadron and 25th Squadron from Ahmed al Jaber. The first six of sixteen AH-64D Apache Longbow attack helicopters were handed over to the Kuwait Air Force on 3 February 2006. The remaining ten aircraft were delivered thereafter. All the helicopters are pre-configured to carry the AN/APG-78 Longbow radar kits.

Lockheed Martin has received a $245 million contract from the U.S. Government for the Foreign Military Sale of 3 KC-130J tanker aircraft to Kuwait. The program will be managed by the U.S. Navy.The Kuwait Air Force's new KC-130Js will provide aerial refueling for its F/A-18 fleet and augment its current airlift fleet of three Lockheed Martin L-100s. Kuwait's KC-130Js also will perform air mobility, disaster relief and humanitarian missions throughout the world. Kuwait's first KC-130J delivery is scheduled for late 2013, with deliveries completed in early 2014. Using only wing and external tanks.[1] In September 2010, Kuwait requested to purchase one Boeing C-17.[2] The USA is to sell 60 Patriot (PAC-3) missiles, 20 launching stations, four radar systems and control stations, personnel training and training equipment, and spare parts to Kuwait in a deal worth an estimated $4.2 billion. 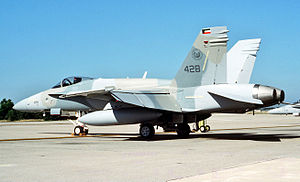 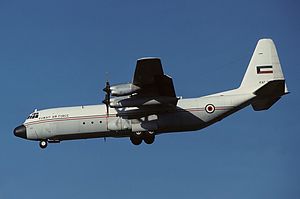 Ranks of the Kuwait Air Force