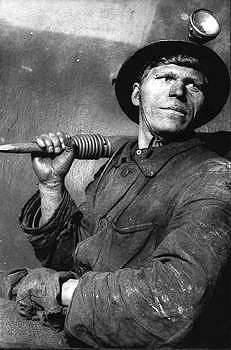 The Kuznetsk Basin (often abbreviated as Kuzbass or Kuzbas, Russian: Кузнецкий бассейн, Кузбасс) in southwestern Siberia, Russia, is one of the largest coal mining areas in the world, covering an area of around 27,000 square miles (70,000 km2). It lies in the Kuznetsk Depression between Tomsk and Novokuznetsk in the basin of the Tom River. From the south it borders the Abakan Range, from the west Salair Ridge, and Kuznetsky Alatau from the east.

It possesses some of the most extensive coal deposits anywhere in the world; coal-bearing seams extend over an area of 10,309 square miles (26,700 km2) and reach to a depth of 5,905 feet (1,800 m). Overall coal deposits are estimated at 725 billion tonnes. The region's other industries, such as machine construction, chemicals and metallurgy, are based on coal mining.

During the Soviet era, the Kuznetsk Basin was second only to Ukraine's Donets Basin in terms of regional coal production. Iron smelting began there as early as 1697 and coal was discovered in 1721, although it was not systematically mined until 1851. The late 19th century industrialisation of Russia prompted a rapid growth in the area's industries, which was further boosted by the completion of the Trans-Siberian Railway. Under Joseph Stalin's First Five-Year Plan, the Ural-Kuznetsk industrial combine was formed in the early 1930s. It became a centre for the production of iron and steel, zinc, aluminium, machinery and chemicals, with raw materials and finished products being shipped to and from sites in the Kuzbas and Urals.

The Soviet Union's economic problems in the late 1980s prompted strikes by the region's coal miners in 1989 and 1990, seriously weakening the reformist government of Mikhail Gorbachev. Following the fall of the Soviet Union and the collapse of the planned economy, the region's industries faced a further crisis. Since then, however, its significance has grown. The Kuzbass now extracts more than 30 percent of Russia's total coal production and is the main fuel and energy base for eastern Russia.

Administratively, the Kuznetsk Basin lies in Kemerovo Oblast with its capital in the city of Kemerovo. Other major cities in the area include Anzhero-Sudzhensk, Leninsk-Kuznetsky, Kiselyovsk, and Prokopyevsk.