Leszek Kołakowski (Polish: [ˈlɛʂɛk kɔwaˈkɔfskʲi]; 23 October 1927 – 17 July 2009) was a Polish philosopher and historian of ideas. He is best known for his critical analyses of Marxist thought, especially his three-volume history, Main Currents of Marxism (1976). In his later work, Kolakowski increasingly focused on religious questions. In his 1986 Jefferson Lecture, he asserted that "We learn history not in order to know how to behave or how to succeed, but to know who we are.”[1]

Kołakowski was born in Radom, Poland. Owing to the German occupation of Poland in World War II, he did not go to school but read books and took occasional private lessons, passing his school-leaving examinations as an external student in the underground school system. After the war, he studied philosophy at Łódź University and in 1953 earned a doctorate from Warsaw University, with a thesis on Spinoza. He was a professor and chairman of Warsaw University's department of the history of philosophy from 1959 to 1968.

In his youth, Kołakowski was a communist. In the period 1947–1966, he was a member of the Polish United Workers' Party. His intellectual promise earned him a trip to Moscow, where he saw the communism in practice and found it repulsive. He broke with Stalinism, becoming a "revisionist Marxist" advocating a humanist interpretation of Marx. One year after the 1956 Polish October, Kołakowski published a four-part critique of Soviet-Marxist dogmas, including historical determinism, in the Polish periodical Nowa Kultura.[2] His public lecture at Warsaw University on the tenth anniversary of Polish October led to his expulsion from the Polish United Workers' Party. In the course of the 1968 Polish political crisis he lost his job at Warsaw University and was prevented from obtaining any other academic post.[3]

He came to the conclusion that the totalitarian cruelty of Stalinism was not an aberration, but instead a logical end product of Marxism, whose genealogy he examined in his monumental Main Currents of Marxism, his major work published in 1976–1978.[4] 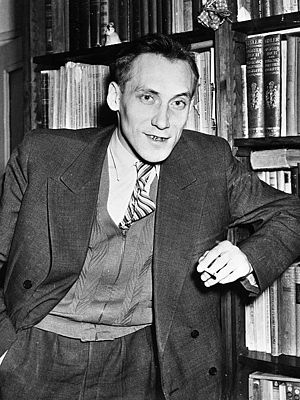 Kolakowski became increasingly fascinated by the contribution which theological assumptions make to Western, and, in particular, modern thought. For example, he begins his Main Currents of Marxism with an analysis of the contribution that various forms of mediaeval Platonism made to the Hegelian view of history. Kołakowski defended the role which freedom plays in the human quest for the transcendent. His Law of the Infinite Cornucopia asserts that, for any given doctrine one wants to believe, there is never a shortage of arguments by which one can support it. Nevertheless, although human fallibility implies that we ought to treat claims to infallibility with scepticism, our pursuit of the higher (such as truth and goodness) is ennobling.

Although his works were officially banned in Poland, underground copies of them influenced the opinions of the Polish intellectual opposition.[citation needed] His 1971 essay Theses on Hope and Hopelessness (full title : In Stalin's Countries: Theses on Hope and Despair),[5][6] which suggested that self-organized social groups could gradually expand the spheres of civil society in a totalitarian state, helped to inspire the dissident movements of the 1970s that led to Solidarity and, eventually, to the collapse of Communism in Europe in 1989.[citation needed] In the 1980s, Kołakowski supported Solidarity by giving interviews, writing and fund-raising.[citation needed]

In Poland, Kołakowski is not only revered as a philosopher and historian of ideas, but also as an icon for opponents of communism. Adam Michnik has called Kołakowski "one of the most prominent creators of contemporary Polish culture".[7][8]

Kołakowski died on 17 July 2009, aged 81, in Oxford, England.[9] In his obituary, philosopher Roger Scruton said Kolakowski was a "thinker for our time" and that regarding Kolakowski's debates with intellectual opponents, "even if ... nothing remained of the subversive orthodoxies, nobody felt damaged in their ego or defeated in their life's project, by arguments which from any other source would have inspired the greatest indignation."[10] 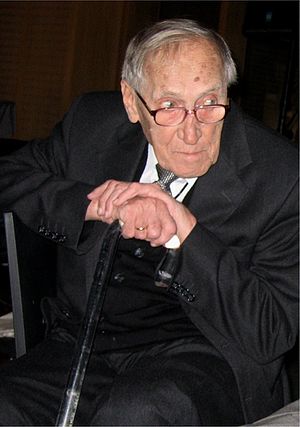 In 1986, the National Endowment for the Humanities selected Kołakowski for the Jefferson Lecture. Kołakowski's lecture "The Idolatry of Politics",[11] was reprinted in his collection of essays Modernity on Endless Trial.[12]

In 2003, the Library of Congress named Kołakowski the first winner of the John W. Kluge Prize for Lifetime Achievement in the Humanities.[13][14]

His other awards include the following: