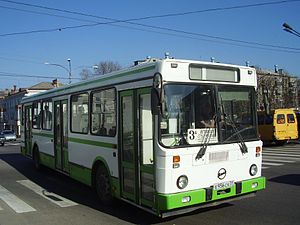 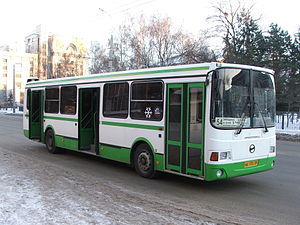 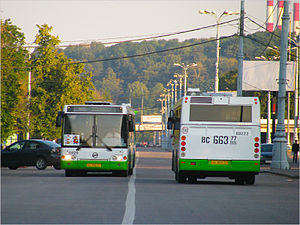 The factory was created in 1937 as a wood processing plant LOZOD (Likino Engineered Wood Test Factory). It produced pressed wood products, as well as wood particle boards. In 1944 the factory was renamed to LiMZ (Likino Machinery Factory) and it started producing small machinery like power saws and portable generators.[1]

In 1959 the factory started to assemble passenger buses ZIL-158. It was renamed to LiAZ the same year. In 1967 the factory designed and manufactured the first bus model of its own named LiAZ-677. The factory produced 194,183 buses of this model in the next 29 years.[1]

After the collapse of the Soviet Union, LiAZ started to experience difficulties. In 1996 bus manufacturing ceased and the factory declared bankruptcy in 1997. The factory has since been restructured and is known as LLC Likinskij Avtobusnyj Zavod. In 2000 it became part of the RusAvtoProm Corporation, and has been part of the GAZ Group since 2005.