Although liberal socialism unequivocally favors a mixed market economy, it identifies legalistic and artificial monopolies to be the fault of capitalism[5] and opposes an entirely unregulated economy.[6] It considers both liberty and equality to be compatible and mutually dependent on each other.[1] Principles that can be described as "liberal socialist" have been based upon or developed by the following philosophers: John Stuart Mill, Eduard Bernstein, John Dewey, Carlo Rosselli, Norberto Bobbio, Chantal Mouffe, and Karl Polanyi.[7] Other important liberal socialist figures include Guido Calogero, Piero Gobetti, Leonard Trelawny Hobhouse, John Maynard Keynes, and R. H. Tawney.[6] Liberal socialism has been particularly prominent in British and Italian politics.[6]

Variants and their history 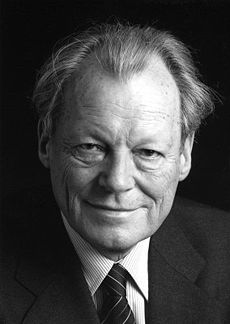 An early version of liberal socialism was developed in Germany by Franz Oppenheimer.[8] Though Oppenheimer was committed to socialism, his theories inspired the development of the social liberalism that was pursued by German Chancellor Ludwig Erhard, who said "As long as I live, I will not forget Franz Oppenheimer! I will be as happy if the social market economy—as perfect or imperfect as it might be—continues to bear witness to the work, to the intellectual stance of the ideas and teachings of Franz Oppenheimer."[8]

In the 1930s, the Social Democratic Party of Germany (SPD), a reformist socialist political party that was up to then based upon revisionist Marxism, began a transition away from Marxism towards liberal socialism beginning in the 1930s. After the party was banned by the Nazi regime in 1933, the SPD acted in exile through the Sopade. In 1934 the Sopade began to publish material that indicated that the SPD was turning towards liberal socialism.[9] Sopade member Curt Geyer was a prominent proponent of liberal socialism within the Sopade, and declared that Sopade represented the tradition of Weimar Republic social democracy—liberal democratic socialism, and declared that Sopade's held true to its mandate of traditional liberal principles combined with the political realism of socialism.[10] After the restoration of democracy in West Germany, The SPD's Godesberg Program in 1959 eliminated the party's remaining Marxist-aligned policies. The SPD then became officially based upon freiheitlicher Sozialismus (liberal socialism).[11] West German Chancellor Willy Brandt has been identified as a liberal socialist.[12] 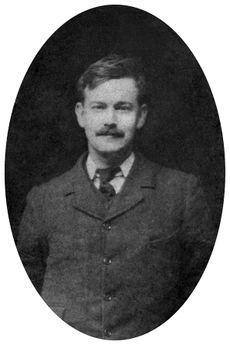 John Stuart Mill promoted economic democracy instead of capitalism, in the manner of substituting capitalist businesses with worker cooperatives. He says:

The form of association, however, which if mankind continue to improve, must be expected in the end to predominate, is not that which can exist between a capitalist as chief, and work-people without a voice in the management, but the association of the labourers themselves on terms of equality, collectively owning the capital with which they carry on their operations, and working under managers elected and removable by themselves.[13]

Liberal socialism has exercised influence in British politics, especially in the variant known as ethical socialism.[14][15] A key component of ethical socialism is in its emphasis on moral and ethical critiques of capitalism and building a case for socialism on moral or spiritual grounds as opposed to rationalist and materialist grounds. Ethical socialists advocated a mixed economy that involves an acceptance of a role of both public enterprise as well as socially-responsible private enterprise.[4] Ethical socialism was founded by R. H. Tawney, a British Christian socialist, and its ideals were connected to Christian socialist, Fabian, and guild socialist ideals.[16] It has remained an important ideology within the Labour Party of the United Kingdom—with Labour Prime Minister Tony Blair describing himself as an adherent to ethical socialism in a form that he describes as being based on values of "social justice, the equal worth of each citizen, equality of opportunity, community".[17]

It emphasizes the need for a morally-conscious economy based upon the principles of service, cooperation, and social justice while opposing possessive individualism.[18] Ethical socialism is distinct in its focus on criticism of the ethics of capitalism, and not merely criticism of material issues of capitalism.[15] Its founder, Tawney, denounced the self-seeking amoral and immoral behaviour that he claimed is supported by capitalism.[15] Tawney opposed what he called the "acquisitive society" that causes private property to be used to transfer surplus profit to "functionless owners"—capitalist rentiers.[18] However Tawney did not denounce managers as a whole, believing that management and employees could join together in a political alliance for reform.[18] He supported the pooling of surplus profit through means of progressive taxation to redistribute these funds to provide social welfare, including public health care, public education, and public housing.[19] He advocated nationalization of strategic industries and services.[20] Tawney advocated worker participation in the business of management in the economy as well as consumer, employee, employer, and state cooperation in the economy.[20]

Though Tawney supported a substantial role for public enterprise in the economy, he stated that where private enterprise provided a service that was commensurate with its rewards that was functioning private property, then a business could be usefully and legitimately be left in private hands.[4] Ethical socialist T. H. Green supported the right of equal opportunity for all individuals to be able freely appropriate property, but claimed that acquisition of wealth did not imply that an individual could do whatever they wanted to once that wealth was in their possession.[21] Green opposed "property rights of the few" that were preventing the ownership of property by the many.[21]

Former British Prime Minister Clement Attlee also supported ethical socialism and it played a large role in the policies of the British Labour Party during the 1940s.[22] 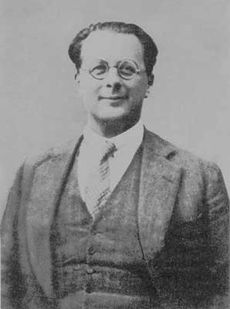 Italian socialist Carlo Rosselli, inspired by the definition of socialism by the founder of social democracy, Eduard Bernstein, who defined socialism as "organized liberalism", expanded on Bernstein's arguments by develop an official "liberal socialism" (Italian: liberalsocialismo).[25] Rosselli defined the ideology in his work of the same name: Liberal Socialism (1925) in which he supported the type of socialist economy defined by socialist economist Werner Sombart in Der modern Kapitalismus (1908), that envisaged a new modern mixed economy that included both public and private property, limited economic competition, and increased economic cooperation.[3] Rosselli appreciated principles of liberalism as an ideology that emphasized liberation but was deeply disappointed with liberalism as a system that he described as having been used by the bourgeoisie to support their privileges while neglecting the liberation components of liberalism as an ideology, and thus Rosselli viewed conventional liberalism as a system that had merely become an ideology of "bourgeois capitalism".[26] At the same time, Rosselli appreciated socialism as an ideology, but also deeply disappointed with conventional socialism as a system.[27] In response to his disappointment with conventional socialism in practice, Roselli declared: "The recent experiences, all the experiences of the past thirty years, have hopelessly condemned the primitive programs of the socialists. State socialism especially—collectivist, centralizing socialism—has been defeated.".[27]

Rosselli's liberal socialism was partly based upon his study and admiration of British political themes of the Fabian Society and John Stuart Mill (he was able to read the English versions of Mill's work On Liberty prior to its availability in Italian that began in 1925). His admiration of British socialism increased after his visit to the United Kingdom in 1923 where he met G. D. H. Cole, R. H. Tawney and other members of the Fabian Society.[28]

An important component of Italian liberal socialism developed by Rosselli was its anti-fascism.[29] Rosselli opposed fascism and believed that fascism would only be defeated by a revival of socialism.[29] Rosselli founded the Giustizia e Libertà (Justice and Liberty) movement as an resistance movement founded in the 1930s in opposition to the Fascist regime in Italy.[30] Ferruccio Parri—who later became Prime Minister of Italy—and Sandro Pertini—who later became President of Italy—were among Giustizia e Libertà's leaders.[26] Giustizia e Libertà was committed to militant action to fight the Fascist regime; the movement saw Mussolini as a ruthless murderer who himself deserved to be killed as punishment.[31] Various early schemes were designed by the movement in the 1930s to assassinate Mussolini, including one dramatic plan of using an aircraft to drop a bomb on Piazza Venezia where Mussolini resided.[29]

After Rosselli's death, liberal socialism was developed in Italian political thought by Guido Calogero.[32] However unlike Rosselli, Calogero considered the ideology as a unique ideology of "liberalsocialism" that was separate from existing liberal and socialist ideologies.[32] Calogero created the "First Manifesto of Liberalsocialism" in 1940 that stated:

"At the basis of liberalsocialism stands the concept of the substantial unity and identity of ideal reason, which supports and justifies socialism in its demand for justice as much as it does liberalism in its demand for liberty. This ideal reason coincides with that same ethical principle to whose rule humanity and civilization, both past and future, must always measure up. This is the principle by which we recognize the personhood of others in contrast to our own person and assign to each of them a right to own their own."

"To deepen and enrich the pluralist conquests of liberal democracy, the articulation between political liberalism and individualism must be broken, to make possible a new approach to individuality that restores its social nature without reducing it to a simple component of an organic whole. This is where the socialist tradition of thought might still have something to contribute to the democratic project and herein lies the promise of a liberal socialism."

In 1919, the Hungarian politician Oszkár Jászi declared his support for what he termed "liberal socialism" while denouncing "communist socialism".[35] He was opposed to classical social democracy's prevalent focus on support from the working-class, Jászi saw the middle-class and smallholder peasants as essential to the development of socialism, and spoke of the need of a "radical middle-class".[35] His views were especially influenced by events in Hungary in 1919 involving the Bolshevik revolution, during which he specifically denounced the Marxist worldview in 1919 shortly after the collapse of the Hungarian Soviet Republic, calling his views "Anti-Marx". His criticism of Marxism was centered on its mechanical and value-free and amoral methdology:[36]

"In no small measure, the present terrible, bewildering world crisis is a consequence of Marxism's mechanical Communism and amoral nihilism. New formulas of spirit, freedom and solidarity have to be found."

Jászi promoted a form of co-operative socialism that included liberal principles of freedom, voluntarism, and decentralization.[35] He counterpoised this ideal version of socialism with the then-existing political system in the Soviet Union, which he identified as based upon dictatorial and militarist perils, statism, and a crippled economic order where competition and quality are disregarded.[37]

Jászi's views on socialism and especially his works justifying the denouncement of Bolshevik communism came back into Hungarian public interest in the 1980s when copies of his manuscripts were discovered and were smuggled into Hungary that was then under Communist rule.[37]