Libido (/lᵻˈbiːdoʊ/), colloquially known as sex drive, is a person's overall sexual drive or desire for sexual activity. Sex drive is influenced by biological, psychological and social factors. Biologically, the sex hormones and associated neurotransmitters that act upon the nucleus accumbens (primarily testosterone and dopamine, respectively) regulate libido in men and women.[1] Social factors, such as work and family, and internal psychological factors, like personality and stress, can affect libido. Sex drive can also be affected by medical conditions, medications, lifestyle and relationship issues, and age (e.g., puberty). A person who has extremely frequent or a suddenly increased sex drive may be experiencing hypersexuality.

A person may have a desire for sex, but not have the opportunity to act on that desire, or may on personal, moral or religious reasons refrain from acting on the urge. Psychologically, a person's urge can be repressed or sublimated. On the other hand, a person can engage in sexual activity without an actual desire for it. Multiple factors affect human sex drive, including stress, illness, pregnancy, and others.[2] 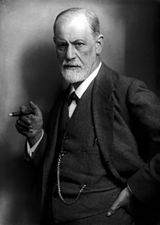 Sigmund Freud defined libido as "the energy, regarded as a quantitative magnitude ... of those instincts which have to do with all that may be comprised under the word 'love'."[4] It is the instinct energy or force, contained in what Freud called the id, the strictly unconscious structure of the psyche.

Freud pointed out that these libidinal drives can conflict with the conventions of civilised behavior, represented in the psyche by the superego. It is this need to conform to society and control the libido that leads to tension and disturbance in the individual, prompting the use of ego defenses to dissipate the psychic energy of these unmet and mostly unconscious needs into other forms. Excessive use of ego defenses results in neurosis. A primary goal of psychoanalysis is to bring the drives of the id into consciousness, allowing them to be met directly and thus reducing the patient's reliance on ego defenses.[7]

Freud viewed libido as passing through a series of developmental stages within the individual. Failure to adequately adapt to the demands of these different stages could result in libidinal energy becoming 'dammed up' or fixated in these stages, producing certain pathological character traits in adulthood. Thus the psychopathologized individual for Freud was an immature individual, and the goal of psychoanalysis was to bring these fixations to conscious awareness so that the libido energy would be freed up and available for conscious use in some sort of constructive sublimation.

According to Swiss psychiatrist Carl Gustav Jung, the libido is identified as psychic energy.[8] Duality (opposition) creates the energy (or libido) of the psyche, which Jung asserts expresses itself only through symbols: "It is the energy that manifests itself in the life process and is perceived subjectively as striving and desire." (Ellenberger, 697)

Defined more narrowly, libido also refers to an individual's urge to engage in sexual activity, and its antonym is the force of destruction termed mortido or destrudo.[9]

Other neurotransmitters, neuropeptides, and sex hormones that affect sex drive by modulating activity in or acting upon this pathway include:

Also, during the week following ovulation, progesterone levels increase, resulting in a woman experiencing difficulty achieving orgasm. Although the last days of the menstrual cycle are marked by a constant testosterone level, women's libido may boost as a result of the thickening of the uterine lining which stimulates nerve endings and makes a woman feel aroused.[29] Also, during these days, estrogen levels also decline, resulting in a decrease of natural lubrication.

Although some specialists disagree with this theory, menopause is still considered by the majority a factor that can cause decreased sex desire in women. The levels of estrogen decrease at menopause and this usually causes a lower interest in sex and vaginal dryness which makes intercourse painful. However, the levels of testosterone increase at menopause and this may be why some women may experience a contrary effect of an increased libido.[citation needed]

Certain psychological or social factors can reduce the desire for sex. These factors can include lack of privacy or intimacy, stress or fatigue, distraction or depression. Environmental stress, such as prolonged exposure to elevated sound levels or bright light, can also affect libido. Other causes include experience of sexual abuse, assault, trauma, or neglect, body image issues and anxiety about engaging in sexual activity.[30]

Physical factors that can affect libido include endocrine issues such as hypothyroidism, the effect of certain prescription medications (for example flutamide), and the attractiveness and biological fitness of one's partner, among various other lifestyle factors.[31]

In males, the frequency of ejaculations affects the levels of serum testosterone, a hormone which promotes libido. A study of 28 males aged 21–45 found that all but one of them had a peak (145.7% of baseline [117.8%-197.3%]) in serum testosterone on the 7th day of abstinence from ejaculation.[32]

Anemia is a cause of lack of libido in women due to the loss of iron during the period.[33]

Aphrodisiacs, such as dopaminergic psychostimulants, are a class of drugs which can increase libido. On the other hand, a reduced libido is also often iatrogenic and can be caused by many medications, such as hormonal contraception, SSRIs and other antidepressants, antipsychotics, opioids and beta blockers.

Testosterone is one of the hormones controlling libido in human beings. Emerging research[34] is showing that hormonal contraception methods like Oral contraceptive pills (which rely on estrogen and progesterone together) are causing low libido in females by elevating levels of sex hormone binding globulin (SHBG). SHBG binds to sex hormones, including testosterone, rendering them unavailable. Research is showing that even after ending a hormonal contraceptive method, SHBG levels remain elevated and no reliable data exists to predict when this phenomenon will diminish.[35]

Males reach the peak of their sex drive in their teens, while females reach it in their thirties.[36][37] The surge in testosterone hits the male at puberty resulting in a sudden and extreme sex drive which reaches its peak at age 15-16, then drops slowly over his lifetime. In contrast, a female's libido increases slowly during adolescence and peaks in her mid-thirties.[38] Actual testosterone and estrogen level affect a person's sex drive vary considerably.

There is no widely accepted measure of what is a healthy level for sex desire. Some people want to have sex every day, or more than once a day; others once a year or not at all. However, a person who lacks a desire for sexual activity for some period of time may be experiencing a hypoactive sexual desire disorder or may be asexual. A sexual desire disorder is more common in women than in men.[citation needed] Erectile dysfunction can only occur in men and may be because of the lack of sexual desire, however, these two should not be confused.[39] For example, large recreational doses of amphetamine or methamphetamine can simultaneously cause erectile dysfunction and significantly increase libido.[40] However, men can also experience a decrease in their libido as they age.

The American Medical Association has estimated that several million US women suffer from a female sexual arousal disorder, though arousal is not at all synonymous with desire, so this finding is of limited relevance to the discussion of libido.[33] Some specialists claim that women may experience low libido due to some hormonal abnormalities such as lack of luteinising hormone or androgenic hormones, although these theories are still controversial. Also, women commonly lack sexual desire in the period immediately after giving birth. Moreover, any condition affecting the genital area can make women reject the idea of having intercourse. It has been estimated that half of women experience different health problems in the area of the vagina and vulva, such as thinning, tightening, dryness or atrophy. Frustration may appear as a result of these issues and because many of them lead to painful sexual intercourse, many women prefer not having sex at all. Surgery or major health conditions such as arthritis, cancer, diabetes, high blood pressure, coronary artery disease or infertility may have the same effect in women.[3] Surgery that affects the hormonal levels in women include oophrectomies.