Lipetsk Oblast (Russian: Ли́пецкая о́бласть, Lipetskaya oblast) is a federal subject of Russia (an oblast).[4] Its administrative center is the city of Lipetsk. As of the 2010 Census, its population was 1,173,513.[9]

According to archaeologists and historians, the territory in which for the time being is the Lipetsk Oblast was inhabited since ancient times. Even before the arrival of the Mongol-Tatar troops here were of Elec, Dobrinskaya (now the village of Good) Oaklet (now the village Oaks) (Dankovsky District), Old fort (Bogorodskoye Dankovsky district) Vorgol (destroyed), Onuza (destroyed), Voronozh (destroyed ), Lipetsk (destroyed) and others. During the Mongol invasion of Rus', many fortified cities had been destroyed.

Earth Lipetsk Oblast at the beginning of the period belonged to the disintegration of the Chernigov principality. After 1202, after the death of Chernigov Prince Igor Svyatoslavich Yelets arose, Lipetsk and Vorgolskoe fiefdoms. Taking advantage of the weakness of the principality of Chernigov, Ryazan princes seized all the lands of the upper Don, Voronezh River and annexed them to his possessions. For the newly acquired territories in the south of the Ryazan principality subsequently established name "Ryazan Ukraine."

The revival of the territory began after the expulsion of the nomads. In a relatively short period of time (end of the 16th and early 17th centuries) were built fortified city: Duncan Talitskii jail, Eletskaya fortress Lebedian. In 1635, construction began on a strong fortified line - Belgorod defense line, which in the Lipetsk region within a modern fortress stood out: Good, Sokolsk and Usman.

Near the plants have populations of workers. One of these settlements was working Lipetsk settlement that gave rise to the city of Lipetsk.

At this time, because of the creation of the Navy and the regular army increased the need for flax, hemp and wool. So begins to actively develop agriculture.

In the 18th century the continued growth of large landed estates. Lipetsk region, rich black earth, was the breadbasket of the state. Subsequently, he became widely known as a resort and mineral waters.

During the February Revolution, the October Revolution of 1917 and the Russian Civil War, the lives of many cultural values, private collections of art and literature, but because of the ensuing repression against the church and the "bourgeois past" seriously affected the architectural ensembles of the estates of the nobility, monasteries and churches.

The modern oblast was formed by the decree of the Presidium of the Supreme Soviet of the USSR on January 6, 1954 from parts of Voronezh, Ryazan, Tambov, Tula and Oryol Oblasts.[4]

File:Администрация.JPG
Seat of the government of Lipetsk Oblast

During the Soviet period, the high authority in the oblast was shared between three persons: The first secretary of the Lipetsk CPSU Committee (who in reality had the biggest authority), the chairman of the oblast Soviet (legislative power), and the Chairman of the oblast Executive Committee (executive power). Since 1991, CPSU lost all the power, and the head of the Oblast administration, and eventually the governor was appointed/elected alongside elected regional parliament.

The Charter of Lipetsk Oblast is the fundamental law of the region. The Legislative Assembly of Lipetsk Oblast is the province's standing legislative (representative) body. The Legislative Assembly exercises its authority by passing laws, resolutions, and other legal acts and by supervising the implementation and observance of the laws and other legal acts passed by it. The highest executive body is the Oblast Government, which includes territorial executive bodies such as district administrations, committees, and commissions that facilitate development and run the day to day matters of the province. The Oblast administration supports the activities of the Governor who is the highest official, who acts as guarantor of the observance of the oblast Charter in accordance with the Constitution of Russia.

Since 1998, the Governor is Oleg Korolyov.

The most important industrial branches are the iron processing and the mechanical engineering. The most industrialized cities are Lipetsk, the administrative center, and Yelets. The region's fuel and energy complex is represented by petroleum product marketing companies, a network of consumer gas pipelines, and a power grid. 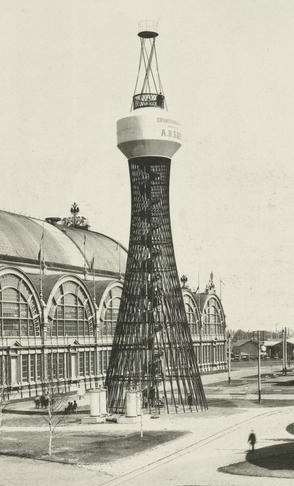