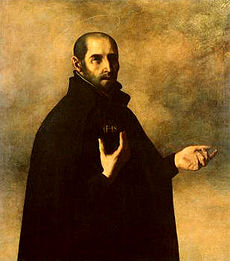 Íñigo López de Loyola, recognized as a saint by the Catholic Church, founded the Society of Jesus in 1540.

This is an alphabetical list of historically notable members of the Society of Jesus.

File:Truman with McKinney, Lee, Gary, and O'Callahan.gif
Fr. Joseph O'Callahan (right), a Jesuit priest, is presented with the Medal of Honor by President Truman

File:Wenceslas Hollar - Cardinal Bellarmin.jpg
Robert Bellarmine, one of the most important cardinals of the Catholic Reformation 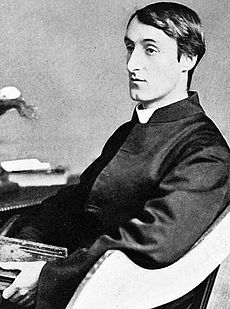 Petrus Canisius, a theologian to whom the restoration of Catholicism in Germany after the Reformation is credited

Francis Xavier, one of the first seven Jesuits and missionary to Asia