The Parsevals were 22 airships built between 1909 and 1919 by the Luft-Fahrzeug-Gesellschaft (LFG) following the design of August von Parseval. In the 1920s and 1930s, three more airships were built following the Parseval-Naatz (PN) design.

As with the rival Zeppelins, the airships were, in both English and German, referred to by the name of the inventor. (In German, the nouns were masculine, that is, "der Parseval", "der Zeppelin".)

In contrast to the Zeppelins, the Parsevals were non-rigid or semi-rigid airships, with little or no stiffening structure inside the fabric envelope. The Zeppelins had a rigid internal framework made of duralumin. Both types relied on hydrogen gas to provide lift. 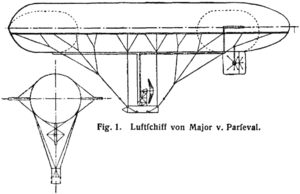 Diagram of an early Parseval airship. The two internal balloons were not for lift generation. They were ordinarily pumped with air when a vessel began losing its shape due to hydrogen's pressure changes.[1] 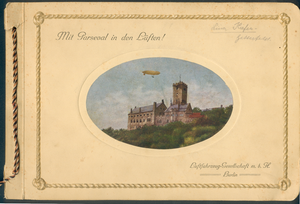 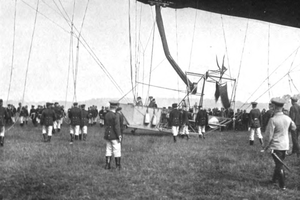 Just before lift off on 26 May 1906, piloted by Captain von Krogh 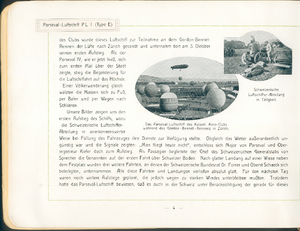 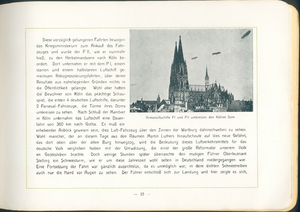 P I and P II over Cologne, together with two other German airships 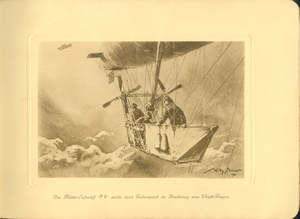 Willy Stöwer illustrated the military airship PII reporting the approach of a Wright Flyer in 1910. 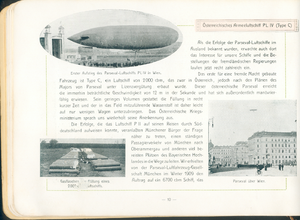 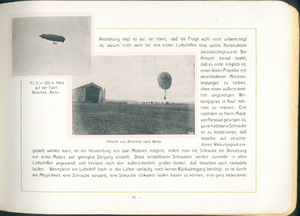 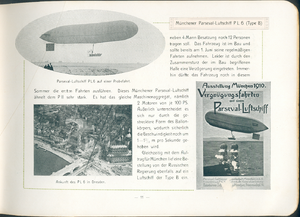 PL 6 over Dresden and at the Munich 1910 exhibition

PL 7 displayed in the Luftfahrzeug-GmbH brochure 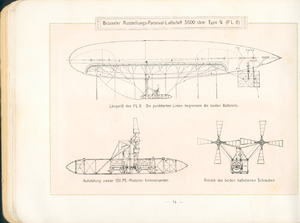 January 22 is the memorial day of "skyship" in Japan. 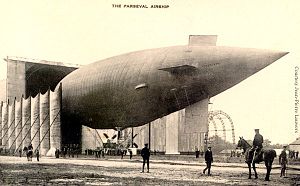 PL 26 was a semirigid airship whose maiden flight was on 1915-10-26, but it had an accident upon landing and was destroyed in a fire, with no casualties.

(See: Parseval PL27) PL27's maiden flight was on 1917-03-08. The major difference from its predecessor PL 26 was the specification of the gondola. Because it no longer met increased military requirements, it was not put to military service but instead converted to a passenger airship in 1919. The Treaty of Versailles resulted in its dismantlement in 1920.

On 1930-05-21 PN 29 acquired the Swedish call-sign "SE-ACG Sidenhuset", after the then well-known ladies boutique from Stockholm. The word "Sidenhuset" was displayed in large letters on its hull.[6] The owner was "AB Luftskeppsreklam i Stockholm" (Airship Advertising Co).

Sidenhuset's task was to make advertising flights over the 1930 Stockholm Exhibition (Stockholmsutställningen). The airship was damaged by wind due to its being parked outside. The manufacturer arrived and it was decided to fly the ship back to Germany for repairs. During the fight it crashed into the Baltic Sea, south of the island of Öland, on 1930-06-04. The airship sank, but with no casualties.[6]

PN 30 flew under the callsign Odol as an advertising and research airship.