This is a list of notable individuals who have been, or are involved with the Royal Military College of Canada.

Many RMC alumni have served Canada in war and peace. Billy Bishop was a leading ace of the First World War, won the Victoria Cross and helped to create the Canadian Flying Corps. Charles Merritt was a lawyer and militia officer who won the Victoria Cross at Dieppe during the Second World War. Leonard Birchall, the "Saviour of Ceylon", discovered the approach of the Japanese fleet during the Second World War and showed courage and leadership as a prisoner of war in Japan. Ex-cadets also helped with the peace process. John de Chastelain was twice Chief of Defence Staff and helped to monitor the Peace Accords in Northern Ireland. Romeo Dallaire headed the United Nation forces in Rwanda. Many former cadets gave their lives during both world wars, and in Afghanistan.

The term "Old Eighteen" refers to the first class of cadets accepted into the Royal Military College of Canada.[1]

Alumni who were Knighted

During the Convocation Ceremony on Wednesday May 14, H24263 Dr. John S. Cowan said to the Class of 2008 “Of the first 170 cadets who entered RMC from 1876-1883 eight received knightships for feats of leadership in many fields of endeavor on at least four continents.” After 1919 [ by a Canadian decision] Canadian were no longer eligible for knighthood. Those ex-cadets serving in the British forces were not under any such restriction and so we have the later appointments.

Royal Military College of Canada is prestigious and has had many notable alumni (Shown with college numbers).

Notable non-graduate alumni of the RMC

Shown with college numbers. Ranks indicative of rank while serving as Commandant. 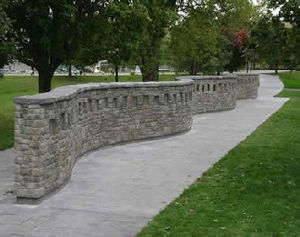