List of players who have scored 10,000 or more runs in Test cricket 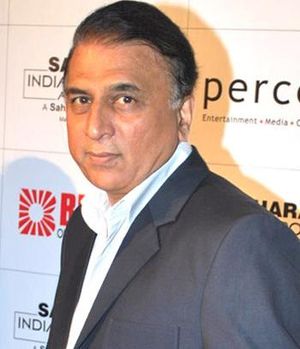 Sunil Gavaskar was the first player to cross the 10,000 run mark in Tests.

Scoring over 10,000 runs across a playing career in any format of cricket is considered a significant achievement.[1] As of August 2015, eleven players from five different teams have scored more than 10,000 runs in Test cricket. The Indians and Australians lead the list with three players each. West Indies and Sri Lanka each have two players followed by one from South Africa.[2] Bangladesh, England, New Zealand, Pakistan and Zimbabwe are yet to have a player breach the 10,000-run mark in the format.

In 1974, West Indies cricketer Garfield Sobers retired as Test cricket's most prolific run scorer with 8,032 runs from 93 matches.[3] Sobers' record was surpassed nine years later by England's Geoffrey Boycott in the 1982 series against India.[4][5] Boycott remained the top-scorer before being overtaken by Indian batsman Sunil Gavaskar two years later in 1983.[6][7] Four years later in March 1987, Gavaskar became the first player to score 10,000 runs in the format, doing so while playing a match against Pakistan.[2]

Kumar Sangakkara took the least number of innings (195) to reach 10,000 runs and shares the record with West Indies' Brian Lara and India's Sachin Tendulkar while Australia's Steve Waugh took 244 innings to achieve the feat.[2][lower-alpha 1] Rahul Dravid—the third Indian to reach the milestone after Gavaskar and Tendulkar—is the fastest in terms of time span, taking 11 years and 280 days.[2][9] The timespan taken by Shivnarine Chanderpaul of West Indies, which is 18 years and 37 days, is the slowest among all.[2] As of August 2015, Tendulkar leads the list with 15,921 runs followed by Ricky Ponting of Australia with 13,378. Chanderpaul is the only active player among those who have scored more than 10,000 runs in this format of the game.[6]