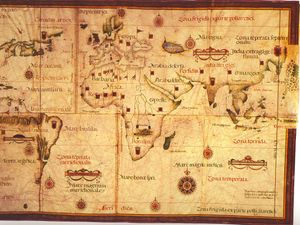 Lopo Homem (16th century) was a Portuguese cartographer and cosmographer. 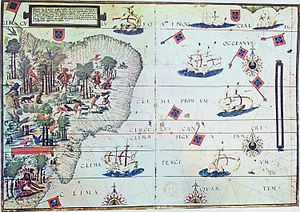 In 1517, King Manuel I of Portugal handed Lopo Homem a charter entitling him the privilege of certifying and amending all compass needles in vessels. This charter was revalidated in 1524 by King John III of Portugal. Anytime another person performed these tasks, they should have paid to the cartographer twenty cruzados. Two years later Lopo Homem participated in the making of the atlas known as "Lopo Homem-Reineis Atlas" or "Miller Atlas" with cartographer Pedro Reinel and his son, Jorge Reinel. They were considered the best cartographers of their time, with Emperor Charles V wanting them to work for him.

In 1524, he participated on the Portuguese side in the Conferences of Badajoz-Elvas, established by the Crowns of Portugal and Spain following the so-called "Moluccas issue". A letter written by Lopo Homem alluding to the board quarrels over the claims of the two kings on exploration rights remains in Torre do Tombo. In 1531, Lopo Homem was awarded a pension of 20,000 reais for life, increased to 5,000[citation needed] in 1532. He was the father of Diogo Homem, also a cartographer. 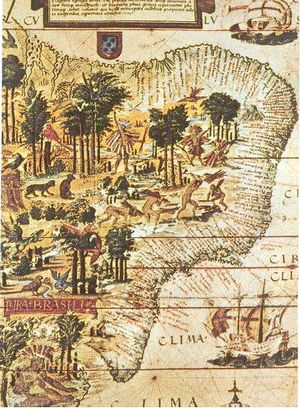 His earliest known work is a world map, discovered in London in 1930. In Florence there is another world map dated 1554, and Lisbon's National Library has also a navigation chart (which before 1910 was in the Palácio das Necessidades, having belonged to Charles I of Portugal). Scholar Armando Cortesão's "Cartography and Portuguese cartographers in the fifteenth and sixteenth" includes an extensive section devoted to Lopo Homem.