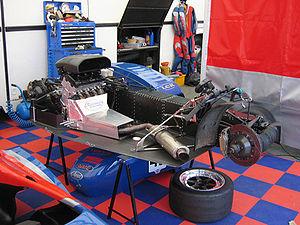 In 1976 the first LCR sidecar was designed. From 1983 to 1989 they produced a series of successful monocoque frames for the 80 cc and 125 cc Grand Prix solo classes. The Zündapp works team and later Krauser were using 80 cc frames and rider Stefan Dörflinger twice won the World Championship. There were several Grand Prix wins in the 125 class with MBA engines.[2]

In 2007 LCR expanded into the Formula 2 sidecar class, supplying two sidecars for the Isle of Man TT, including the one campaigned by Manxmen Nick Crowe and Daniel Sayle that set a new lap record.[3]