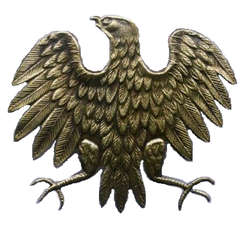 Ludowe Wojsko Polskie [luˈdɔvɛ ˈvɔi̯skɔ ˈpɔlskʲɛ]; lit: People's Troops of Poland, LWP, unofficial name) was the second formation of the Polish Armed Forces in the East (1943–1945) and later the armed force (1945–1989) of the Polish communist government of Poland (from 1952, the People's Republic of Poland). The official name of those formations were: Armia Polska w ZSRR (Polish Army in the USSR) from 1943–1944, Wojsko Polskie (Polish Troops) and Siły Zbrojne Rzeczpospolitej Polskiej (Armed Forces of the Republic of Poland) from 1944–1952 and from 1952 Siły Zbrojne Polskiej Rzeczypospolitej Ludowej (Armed Forces of the People's Republic of Poland). 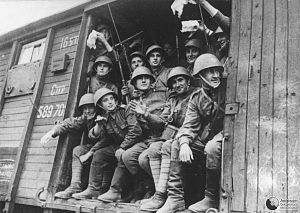 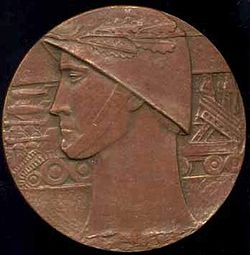 Obverse of medal of 15th-Anniversary of People's Army Poland (by Gosławski, 1958).

What later became the LWP was formed during the Second World War as the Polish 1st Tadeusz Kościuszko Infantry Division, also unofficially known as the Berling Army. As late as the beginning of 1945, out of approximately 40 thousand officers, the LWP had almost half, or 18,996, Soviet officers, including 36 generals.

It was not the only Polish formation that fought along the Allied side, nor the first one in the East - although the first Polish force formed in the USSR, the Anders Army, had by that time moved to Iran. Polish forces soon grew beyond the 1st Division into two major commands - the Polish First Army (Berling's) and the Polish Second Army (commanded by Karol Świerczewski). The Polish First Army participated in the Vistula–Oder Offensive and the Battle of Kolberg (1945) before participating in its final offensive with the Battle of Berlin.

In the late 1940s and early 50s the Polish Army was under the command of Marshal of the Soviet Union Konstantin Rokossovsky, who was given the additional title Marshal of Poland and was also Minister of National Defense. It was increasingly tied into the Soviet structures. This process was however stopped in the aftermath of the Polish October in 1956, however, and brigades began to be formed in the engineering and artillery arms. 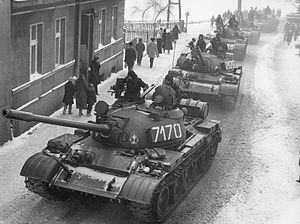 Until the fall of communism the army's prestige continued to fall, as it was used by the communist government to violently suppress opposition:

The LWP also took part in the suppressing of the 1968 democratization process of Czechoslovakia, commonly known as Prague Spring.