listen); 24 March [O.S. 11 March] 1907 – February 8, 1996) was a Soviet writer and poet. Her deeply personal writings reflect the human cost of Soviet totalitarianism, and she devoted much of her career to defending dissidents such as Aleksandr Solzhenitsyn and Andrei Sakharov. She was herself the daughter of the celebrated children's writer Korney Chukovsky, wife of the scientist Matvei Bronstein, and close associate and chronicler of the poet Anna Akhmatova.

Chukovskaya was born in 1907 in Helsingfors (present-day Helsinki) in the Grand Duchy of Finland, then a part of the Russian Empire. Her father was Korney Chukovsky, a poet who is regarded today as perhaps the best-loved children's writer in Russian literature.

She grew up in St. Petersburg, the former capital of the empire torn by war and revolution. Chukovsky recorded that his daughter would muse on the problem of social justice while she was still a little girl. But Lydia's greatest passion was literature, especially poetry. It could hardly have been otherwise, given her pedigree and circumstances — their house was frequently visited by leading members of the Russian literati, such as Alexander Blok, Nikolay Gumilyov and Akhmatova. The city was also home to the country's finest artists — Lydia saw Chaliapin perform at the opera, for instance, and also met the painter Ilya Repin.

Lydia got into trouble with the Bolshevik authorities at an early age, when one of her friends used her father's typewriter to print an anti-Bolshevik leaflet. Lydia was exiled to the city of Saratov for a short period, but the experience did not make her particularly political. Indeed, upon her return from exile, she returned to Leningrad's literary world, joining the state publishing house Detgiz in 1927 as an editor of children's books. Her mentor there was Samuil Marshak, perhaps her father's biggest rival in Russian children's literature. Her first literary work, a short story entitled Leningrad-Odessa, was published around this time, under the pseudonym "A. Uglov".

Soon, Chukovskaya fell in love with a brilliant young physicist of Jewish origin, by the name of Matvei Bronstein. The two got married. In the late 1930s, Joseph Stalin's Great Terror enveloped the land. Chukovskaya's employer Detgiz came under attack for being too "bourgeois", and a number of its authors were arrested and executed. Matvei Bronstein also became one of Stalin's many victims. He was arrested in 1937 on a false charge and, unknown to his wife, was tried and executed in February 1938. Chukovskaya too would have been arrested, had she not been away from Leningrad at the time. 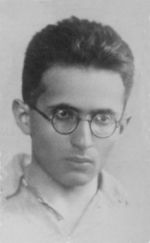 For several years, her life was to remain nomadic and precarious. She was separated from her daughter Yelena, and kept in the dark about her husband's fate. In 1939-40, while she waited in vain for news, Chukovskaya wrote Sofia Petrovna, a harrowing story about life during the Great Purges. But it was a while before this story would achieve widespread recognition. Out of favour with the authorities, yet principled and uncompromising, Chukovskaya was unable to hold down any kind of steady employment. But gradually, she started to get published again: an introduction to the works of Taras Shevchenko, another one for the diaries of Miklouho-Maclay.

By the time of Stalin's death in 1953, Chukovskaya had become a respected figure within the literary establishment, as one of the editors of the cultural monthly Literaturnaya Moskva. During the late 1950s, Sofia Petrovna finally made its way through soviet literary circles, in manuscript form through samizdat. Khrushchev's Thaw set in, and the book was about to be published in 1963, but was stopped at the last moment for containing "ideological distortions". Indomitable as ever, Chukovskaya sued the publisher for full royalties and won. The book was eventually published in Paris in 1965, but without the author's permission and under the somewhat inaccurate title The Deserted House. There were also some unauthorized alterations to the text. The following year, a New York publisher published it again, this time with the original title and text restored.

Chukovskaya was a lifelong friend of Anna Akhmatova, and her next major work Spusk pod Vodu (Descent Into Water) described, in diary form, the precarious experiences of Akhmatova and Mikhail Zoshchenko. This book too was banned from publication in her native land. In 1964, Chukovskaya spoke out against the persecution of the young Joseph Brodsky; she would do so again for Solzhenitsyn and Andrei Sakharov. She wrote a series of letters in support of Solzhenitsyn; these were published in Munich in 1970.

In supporting Soviet dissidents, Chukovskaya lost her own right to publish inside USSR. Although the KGB monitored her closely, it is thought that the Soviet state refrained from meting out harsher punishment, because of her reputation in the West but also because of her father’s indisputable stature in Soviet culture.

Her relationship with Akhmatova was the subject of two more books. Throughout her life, Chukovskaya also wrote poems of an intensely personal nature, touching upon her life, her lost husband, and the tragedy of her people.

In her old age, she shared her time between Moscow and her father’s dacha in Peredelkino, a village that was the home to many writers including Boris Pasternak. She died in Peredelkino in February 1996.