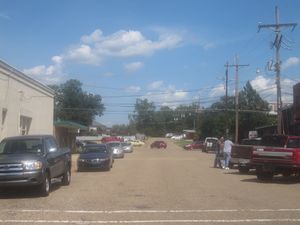 Another look at downtown Mansfield 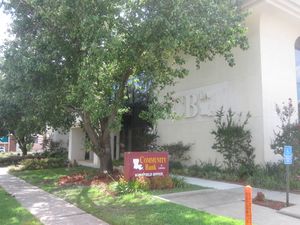 Community Bank of Louisiana in Mansfield 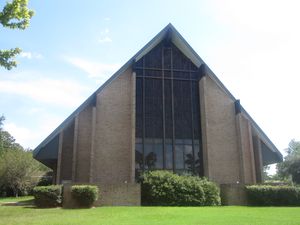 The First Baptist Church of Mansfield is located at 1710 McArthur Drive (U.S. Highway 84). 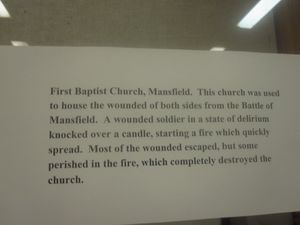 Mansfield is a small city in and the parish seat of DeSoto Parish, Louisiana, United States.[3] The population was 5,001 at the 2010 census, a decline of more than 10 percent from the 2000 tabulation. Mansfield is 77 percent African American.[4] Mansfield is part of the Shreveport–Bossier City Metropolitan Statistical Area.

In a runoff election held in May 2014, Roy Rogers Jones unseated Republican Troy N. Terrell, a local pastor who ran unsuccessfully in 2011 for the Louisiana State Senate against another Republican, Sherri Smith Buffington of Keithville in southern Caddo Parish. Questions have since arisen about Jones' residence in a different district than the District B, from which he was elected. Jones moved out of the district because of a house fire, but he has not yet returned to the area he represents on the city council. In 2013, he pleaded guilty to four misdemeanor theft counts in connection with a misappropriation of funds at the DeSoto Parish Council on Aging. Jones' wife is the former COA director. Two of her relatives were convicted of felonies in the matter.[5]

The Battle of Mansfield, a Confederate victory under General Richard Taylor (son of Zachary Taylor), was fought here on April 8, 1864. This battle turned 42,000 Union troops away from their conquest of the Louisiana Confederate capital, Shreveport, and sent them in retreat to New Orleans. The battle is commemorated at the Mansfield State Historic Site some four miles south of Mansfield off Louisiana Highway 175.

The first woman's college west of the Mississippi River, Mansfield Female College, was founded by the Methodist Church there in 1855. A two-year college, its first class graduated in 1856. Financial difficulties and the threat of war closed the college from 1860 to the end of the American Civil War, during which its buildings served as a hospital for soldiers wounded in the battle of Mansfield; it reopened in 1865. In 1930, Mansfield Female College merged with Centenary College of Louisiana in Shreveport and closed its doors permanently. In 2003, the Louisiana State Legislature moved to convert the main building of Mansfield Female College, the Lyceum, into a future museum.

The film The Great Debaters was partially shot in Mansfield and released on December 25, 2007. The story line involves a 1930s debate team from Marshall, Texas. The downtown scenes of Marshall, however, were actually shot on location in downtown Mansfield. The film stars Denzel Washington and Forest Whitaker and was nominated for a Golden Globe award in 2008.

Mansfield was the childhood home of Joshua Logan, an award winning director, producer, playwright and screenwriter for film and stage. He is most famous for directing Hollywood classics such as South Pacific, Picnic, Paint Your Wagon, Sayonara, Bus Stop and Fanny. Logan received the Pulitzer Prize at the age of forty for the libretto of South Pacific, which he cowrote with Oscar Hammerstein II. Logan used Mansfield as the setting for his play The Wisteria Trees. Ocie Lee Smith was an American singer, who performed with Count Basie's band from 1961 to 1965 and sang on the 1969 Grammy Award-winning recording of the song "Little Green Apples". He was born in Mansfield on June 21, 1932.

Mansfield is the birthplace of major league baseball player Vida Blue (born Vida Rochelle Blue, Jr. on July 28, 1949), a left-handed starting pitcher. In a 17-year career, he played for the Oakland Athletics, San Francisco Giants, and Kansas City Royals. Mansfield is also the birthplace of Albert Lewis (born Albert Ray Lewis on October 6, 1960). Lewis made his professional debut in the NFL in 1983 with the Kansas City Chiefs. He played for the Kansas City Chiefs, Oakland Raiders, and Los Angeles Raiders over the course of his 16-year career.

Others affiliated with Mansfield by birth or residence include:

According to the United States Census Bureau, the city has a total area of 3.7 square miles (9.6 km²), all of it land.

There were 2,054 households out of which 33.4% had children under the age of 18 living with them, 36.3% were married couples living together, 27.1% had a female householder with no husband present, and 32.3% were non-families. 29.6% of all households were made up of individuals and 14.0% had someone living alone who was 65 years of age or older. The average household size was 2.57 and the average family size was 3.20.