The Mathematical Association of America (MAA) is a professional society that focuses on mathematics accessible at the undergraduate level. Members include university, college, and high school teachers; graduate and undergraduate students; pure and applied mathematicians; computer scientists; statisticians; and many others in academia, government, business, and industry.

The MAA was founded in 1915 and is headquartered at 1529 18th Street, Northwest in the Dupont Circle neighborhood of Washington, D.C.. The organization publishes mathematics journals and books, including the American Mathematical Monthly (established in 1894 by Benjamin Finkel), the most widely read mathematics journal in the world according to records on JSTOR.[1]

The MAA sponsors the annual summer MathFest and cosponsors with the American Mathematical Society the Joint Mathematics Meeting, held in early January of each year. On occasion the Society for Industrial and Applied Mathematics joins in these meetings. Twenty-nine regional sections also hold regular meetings.

The Association publishes an online resource, Mathematical Sciences Digital Library (Math DL). The service launched in 2001 with the online-only Journal of Online Mathematics and its Applications (JOMA) and a set of classroom tools, Digital Classroom Resources. These were followed in 2004 by Convergence, an online-only history magazine, and in 2005 by MAA Reviews, an online book review service, and Classroom Capsules and Notes, a set of classroom notes.[2]

The MAA sponsors numerous competitions for students, including the William Lowell Putnam exam for undergraduate students, the online In-ter-stel-lar competition series, and the American Mathematics Competitions (AMC) for middle- and high-school students. This series of competitions is as follows:

Through this program, outstanding students are identified and invited to participate in the Mathematical Olympiad Program. Ultimately, six high school students are chosen to represent the U.S. at the International Mathematics Olympiad.

The MAA is composed of the following twenty-nine regional sections:

The MAA is one of four partners in the Joint Policy Board for Mathematics (JPBM, http://www.jpbm.org/index.html), and participates in the Conference Board of the Mathematical Sciences (CBMS, http://www.cbmsweb.org/), an umbrella organization of sixteen professional societies.

A detailed history of the first fifty years of the MAA appears in May (1972). A report on activities prior to World War II appears in Bennet (1967). Further details of its history can be found in Case (1996). In addition numerous regional sections of the MAA have published accounts of their local history. 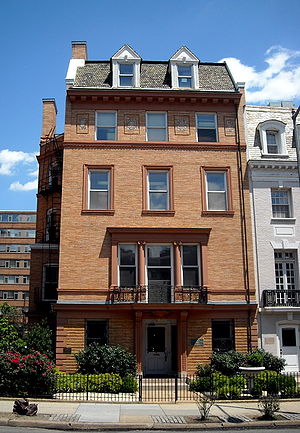 The MAA has for a long time followed a strict policy of inclusiveness and non-discrimination.

In previous periods it was subject to the same problems of discrimination that were widespread across the United States. One notorious incident at a south-eastern sectional meeting in Nashville in 1951 has been documented[9] by the mathematician and equal rights activist Lee Lorch, who recently received the highest honour of the MAA for distinguished services to mathematics.[10][11] The citation delivered at the 2007 MAA awards presentation, where Lorch received a standing ovation, recorded that:

"Lee Lorch, the chair of the mathematics department at Fisk University, and three Black colleagues, Evelyn Boyd (now Granville), Walter Brown, and H. M. Holloway came to the meeting and were able to attend the scientific sessions. However, the organizer for the closing banquet refused to honor the reservations of these four mathematicians. (Letters in Science, August 10, 1951, pp. 161–162 spell out the details). Lorch and his colleagues wrote to the governing bodies of the AMS and MAA seeking bylaws against discrimination. Bylaws were not changed, but non-discriminatory policies were established and have been strictly observed since then."

The Carriage House would have been used by the owners as a livery stable to house the family carriage, though little else is known about its history today. There are huge doors that were once used as an entrance for horses and carriages. Iron rings used to tie up horses can still be seen on an adjacent building. The Carriage House would have perhaps also been used as living quarters for a coachman, as was typical for the time period.

The building is owned by the MAA since 1978. In Spring of 2007 an opening ceremony was held to mark its transformation from a mail room and publication warehouse into a first-rate conference center. It is now used for meetings, lectures, and other events.