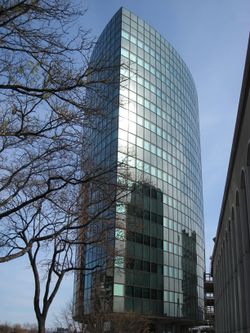 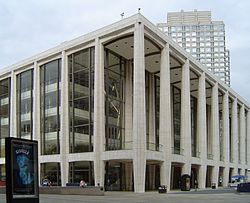 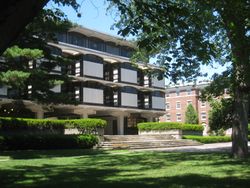 Abramovitz was the son of Romanian Jewish immigrant parents. He graduated in 1929 from the University of Illinois at Urbana-Champaign School of Architecture. While a student at Illinois, Abramovitz was a member of the Tau Epsilon Phi fraternity.[1] He later received an M.S. from Columbia University's architecture school in 1931. He also was the recipient of a two-year fellowship at the Ecole de Beaux-Arts in Paris before returning to the US and becoming partners with Wallace Harrison from 1941 to 1976. In 1961, he won the Rome Prize.

Abramovitz died in September 2004 in Pound Ridge, New York, at the age of 96. His drawings and archives are held by the Avery Architectural and Fine Arts Library at Columbia University.[2] Abramovitz also received an honorary Doctorate in Fine Arts from the University of Illinois in 1970.