From Infogalactic: the planetary knowledge core
Jump to: navigation, search
This article is about the luxury car manufacturer. For Maybach diesel engines, see MTU Friedrichshafen. For the record label, see Maybach Music Group. 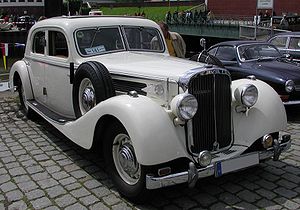 Maybach Motorenbau (German pronunciation: [ˈmaɪ.bax][1]) was a German car manufacturer. The company was founded in 1909 by Wilhelm Maybach and his son, originally a subsidiary of Luftschiffbau Zeppelin GmbH and was itself known as Luftfahrzeug-Motorenbau GmbH until 1912.

In 1960 Maybach was acquired by Daimler-Benz and remains nowadays as a luxury car brand of Mercedes-Benz that is owned by Daimler AG. Daimler currently produces an ultra luxury edition of the Mercedes-Benz S-Class under the Maybach brand.[2] 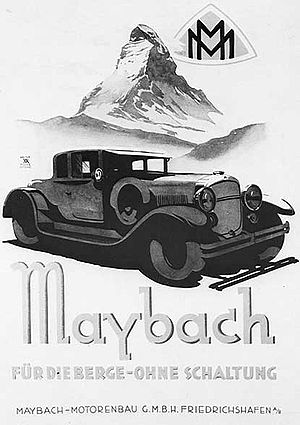 Wilhelm Maybach was technical director of the Daimler-Motoren-Gesellschaft (DMG) until he left in 1907. On 23 March 1909 he founded the new company, Luftfahrzeug-Motorenbau GmbH (literally "Aircraft Engine Building Company"), with his son Karl Maybach as director.[citation needed] In 1912 they renamed it to Maybach-Motorenbau GmbH ("Maybach Engine Construction Company"). The company originally developed and manufactured diesel and petrol engines for Zeppelins, and then rail cars. Its Maybach Mb.IVa was used in aircraft and airships of World War I.

The company first built an experimental car in 1919, introduced as a production model two years later at the Berlin Motor Show. Between 1921 and 1940, the company produced a variety of opulent vehicles, now regarded as classics. The company also continued to build heavy-duty diesel engines for marine and rail purposes. 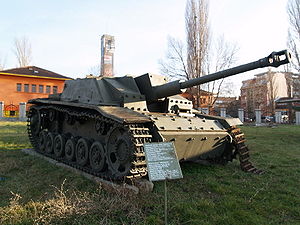 During the Second World war, Maybach produced the engines for Nazi Germany's medium and heavy tanks, as well as the light tank, Panzer II. The engine plant was one of several industries targeted at Friedrichshafen.

After WW II the factory performed some repair work, but automotive production was never restarted, and some 20 years later, the company was renamed MTU Friedrichshafen. Daimler-Benz purchased the company in 1960. Post-1960 the company was mainly used to make special editions of Mercedes cars in the W108 and W116 model range, which were virtually hand built. These cars however carried the Mercedes badge and serial numbers.

Rolls-Royce Power Systems AG based in Friedrichshafen used to manufacture the commercial Maybach diesel engines under the MTU brand through its subsidiary MTU Friedrichshafen GmbH.[when?] 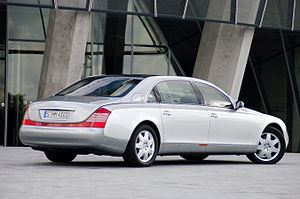 Daimler presented a luxury concept car at the 1997 Tokyo Motorshow. A production model based on it was introduced in two sizes – the Maybach 57 and the Maybach 62, reflecting the lengths of the automobiles in decimetres. In 2005, the 57S was added, powered by a 6.0 L V12 bi-turbo engine producing 450 kW (603 hp) and 1,000 N·m (738 lbf·ft) of torque, and featuring various cosmetic touches. 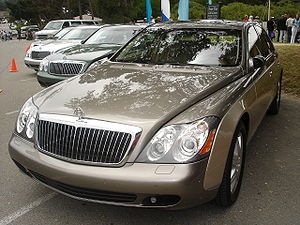 Several Maybach 57 and 62 models at the 2005 Concours d'Elegance in Pebble Beach, CA

With poor sales expectations and the heavy impact of the 2007-08 financial crisis, Daimler AG undertook a complete review of the Maybach division,[11] approaching Aston Martin to engineer and style the next generation of Maybach models along with the next generation of Lagondas.[12] According to Automotive News, only 44 Maybachs had been sold in the U.S. through October 2011.[13]

An article in Fortune noted that Mercedes had missed out on the chance to purchase Rolls-Royce and Bentley when they were up for sale in the 1990s:

"Mercedes backpedaled and decided it needed to be in the ultra-luxury business too, but it went after it in a remarkably clumsy way."

It further stated that the first Maybach models had poor driving dynamics compared to its contemporaries from Rolls-Royce and Bentley:

"Mercedes took an aging S-class chassis and plopped an absurdly elongated body on it ... rather than develop a new car from the wheels up, as BMW did with Rolls-Royce, or cleverly use the underpinnings of an existing model like the Volkswagen Phaeton for a new Bentley."

Furthermore, Maybachs were never advertised as owner-driven vehicles, as the company believed that the luxury amenities would be sufficient to drive sales, and they even insisted that auto journalists (who usually test drive the vehicle) ride in the backseat.[7]

Another suggestion for Maybach's struggles was that parent Daimler had failed to differentiate it from its Mercedes-Benz brand. While all three ultra-luxury marques share platforms and engines with other luxury brands from their parent auto company, Maybachs are built alongside the Mercedes-Benz S-Class flagship sedan, whereas Rolls-Royce and Bentley are assembled in England (separate from the rest of BMW and Volkswagen Group's production plants), and thus are regarded as being more "exclusive". Furthermore, the Maybach's pedigree was virtually unknown outside of Germany, unlike its British rivals which have long enjoyed renown worldwide;[12] indeed the 2006 Rolls-Royce Phantom's interior evokes memories of a 1930s car while the Maybach 57S's inside makes no reference to its marque's history.[14]

In November 2011, Daimler's CEO Dieter Zetsche announced that the Maybach-brand would cease to exist in 2012, making room for other models of the Mercedes-Benz S-Class. The Maybach-limousines were still be sold up to the year 2013, but after that, the name "Maybach" would not be used anymore.[15] On 14 August 2012, parent Daimler AG announced the official discontinuation of Maybach by releasing a pricing sheet officially discontinuing the Maybach 57, 57S, 62, 62S and Landaulet.[16] On 17 December 2012, the last Maybach-vehicle was manufactured in Sindelfingen.[17]

The company announced that the line would be replaced by the next-generation of the Mercedes-Benz S-Class, Model W222, due for the 2014 model year, particularly the long wheelbase S-Class Pullman. An executive told a Frankfurt newspaper that "Daimler came to the conclusion that the sales chances for the Mercedes brand were better than that of Maybach."[18]

In November 2014, Daimler confirmed the revival of the Maybach brand as an ultra-luxury sub brand of the Mercedes-Benz S-Class (W222), positioned in luxury akin to the Mercedes AMG sports brand. In anticipation of its April 2015 launch,[19] the flagship Mercedes-Maybach S600 was unveiled at car shows in Los Angeles, California, Guangzhou, China,[20] and the production model at the 2015 Geneva Motor Show.[21]

Assembled on the same Sindelfingen line used for the S-Class, the model is designed to be pitched against the Bentley Flying Spur and Rolls-Royce Ghost.[22] At 5.453 metres (17.89 ft) long with a wheelbase of 3.365 metres (11.04 ft) (132.5 inches), the new model is approximately 20 centimetres (7.9 in) longer than the long-wheelbase S-Class models. The Mercedes-Maybach will be available as S500 (S550 in the US) and S600 models, with 4matic all-wheel-drive optional with the V8 engine.[23][24] Acceleration is 0 to 60 miles per hour (0 to 97 km/h) in 5.0 seconds.[25] The base car has several colour finish options and the choice between a three-seat rear bench, or two seats reclining. Options include: air-conditioned, heated and massaging seats; heated armrests; system to pump scented, ionised air around the cabin; and a 1540 watt Burmester 3D surround sound system with 24 speakers.[22] 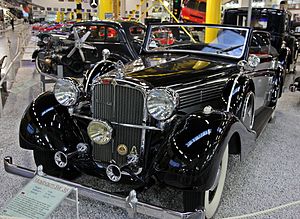 W2 were the 5.7 L inline six engines built for and ordered by Spyker. Not all were purchased, and Karl had to build cars featuring the engines to offset costs.

Around 1800 Maybachs were built before WW II. 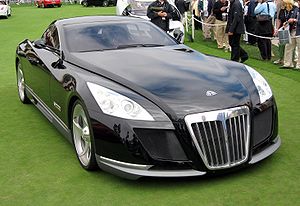 Maybach Exelero at the Concours d'Elegance

The company currently[when?] various options for customers to personalize their vehicles, and provided various equipment combinations.