Mikhail Aleksandrovich "Michael" Chekhov (Russian: Михаил Александрович Чехов, 29 August 1891 – 30 September 1955) was a Russian-American actor, director, author, and theatre practitioner. His acting technique has been used by actors such as Clint Eastwood, Marilyn Monroe, and Yul Brynner. Konstantin Stanislavski referred to him as his most brilliant student. He was a nephew of the playwright Anton Chekhov.

Although mainly a stage actor, he made a few notable appearances on film, perhaps most memorably as the Freudian analyst in Alfred Hitchcock's Spellbound (1945), for which he received his only Academy Award nomination.

He was born in Saint Petersburg the son of Alexander Chekhov and his wife Natalya Golden. It was his father's second marriage his mother, a Russian Jew, having been the governess to his children from his first marriage. He was raised in a middle-class family his father being in the Imperial Customs Service as well as a moderately successful writer. Chekhov's first wife (1915–1919) was actress Olga Chekhova born Knipper, whom he met at the MAT First Studio. (She was named after her aunt, the wife of Anton Chekhov.) Their daughter, also baptized Olga, was born in 1916, she became a German actress under the name Ada Tschechowa. Olga Chekhova was a daughter of Konstantin Knipper and the niece and namesake of Olga Knipper, Anton Chekhov's wife. His second wife was Xenia Ziller, of German origins.[citation needed]

Chekhov was considered by the Russian theatre practitioner Konstantin Stanislavski to be one of his brightest students. He studied under Stanislavski at the First Studio of the Moscow Art Theatre, where he acted, directed, and studied Stanislavski's 'system'. When Chekhov experimented with affective memory and had a nervous breakdown, this aided Stanislavski in seeing the limitations of his early concepts of emotional memory. He later led the company whose studio he named Second Moscow Art Theatre.[citation needed]

After the October Revolution, Chekhov split with Stanislavski and toured with his own company. He thought that Stanislavski’s techniques led too readily to a naturalistic style of performance. He demonstrated his own theories in parts as Senator Ableukhov in the stage version of Andrei Bely's Petersburg. In the late 1920s, Chekhov emigrated to Germany and set up his own studio, teaching a physical and imagination-based system of actor training. He developed the use of the "Psychological Gesture", a concept derived from the Symbolist theories of Bely. Stanislavski came to regard Chekhov's work as a betrayal of his principles.[citation needed]

In this technique, the actor physicalizes a character’s need or internal dynamic in the form of an external gesture. Subsequently, the outward gesture is suppressed and incorporated internally, allowing the physical memory to inform the performance on an unconscious level. Between 1930-1935 he worked in Kaunas State Drama Theatre in Lithuania. Between 1936 and 1939 Chekhov established The Chekhov Theatre School at Dartington Hall, in Devon, England. Following developments in Germany that threatened the outbreak of war in 1938 his school moved to Connecticut in the United States, where it took up residence of an old boarding school, awarding its first diplomas in 1939.[citation needed]

Following Stanislavski's approach, much of what Chekhov explored addressed the question of how to access the unconscious creative self through indirect non-analytical means.[citation needed] Chekhov taught a range of movement dynamics such as molding, floating, flying, and radiating that actors use to find the physical core of a character.[citation needed]

Despite his seemingly external approach, Chekhov's techniques were meant to lead the actor to a rich internal life. In spite of his brilliance as an actor and his first-hand experience in the development of Stanislavski's groundbreaking work, Chekhov as a teacher was overshadowed by his American counterparts in the 1940s and 1950s and their interpretations of Stanislavski's 'system,' which became known as Method acting.[citation needed] Interest in Chekhov's work has grown, however, with a new generation of teachers. Chekhov's own students included Marilyn Monroe, Anthony Quinn, Clint Eastwood, Mala Powers, Yul Brynner, Patricia Neal, Sterling Hayden, Jack Palance, Elia Kazan, Paula Strasberg, Guy Gillette, and Lloyd and Dorothy Bridges.[1] In the television programme Inside the Actors Studio, noted actors such as Johnny Depp and Anthony Hopkins have cited Chekhov's book as highly influential on their acting. Beatrice Straight also thanked Chekhov in her acceptance speech after winning her Oscar for her performance in Network (1976).[2]

Chekhov's description of his acting technique, On the Technique of Acting, was written in 1942. When reissued in 1991 it had additional material by Chekhov estate executor Mala Powers; an abridged version appeared under the title To the Actor in 1953, with a preface by Yul Brynner, and reissued in 2002 with an additional foreword by Simon Callow and additional Russian material translated and commented on by Andrei Malaev-Babel.[who?] The English translation of his autobiography The Path of the Actor was edited by Andrei Kirillov and Bella Merlin and published by Routledge in 2005, marking the 50th anniversary of his death. Some of Chekhov's lectures are available on CD under the title On Theatre and the Art of Acting. The documentary From Russia to Hollywood: the 100 Year Odyssey of Chekhov and Shdanoff, profiles Chekhov and his fellow Russian associate George Shdanoff; released in 1998, it is narrated by Mala Powers and Gregory Peck, who starred in Alfred Hitchcock's Spellbound, for which Chekhov earned an Oscar nomination.[citation needed] 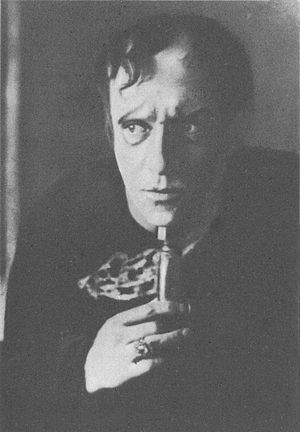