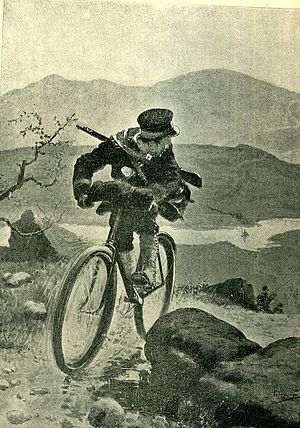 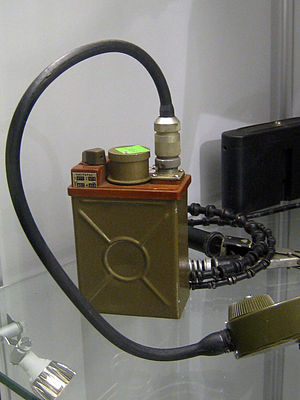 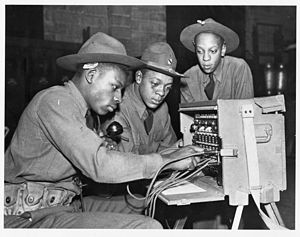 Present-day military forces of an informational society conduct intense and complicated communicating activities on a daily basis, using modern telecommunications and computing methods. Only a small portion of these activities are directly related to combat actions.

Drums, horns, flags, and riders on horseback were some of the early methods the military used to send messages over distances. In the middle 20th century radio equipment came to dominate the field

Many modern pieces of military communications equipment are built to both encrypt and decode transmissions and survive rough treatment in hostile climates. They use different frequencies to send signals to other radios and to satellites.

Military communications - or "comms" - are activities, equipment, techniques, and tactics used by the military in some of the most hostile areas of the earth and in challenging environments such as battlefields, on land, underwater and also in air. Military comms include command, control and communications and intelligence and were known as the C3I model before computers were fully integrated. The U.S. Army expanded the model to C4I when it recognized the vital role played by automated computer equipment to send and receive large, bulky amounts of data.

In the modern world, most nations attempt to minimize the risk of war caused by miscommunication or inadequate communication. As a result, military communication is intense and complicated, and often motivates the development of advanced technology for remote systems such as satellites and aircraft, both manned and unmanned, as well as computers. Computers and their varied applications have revolutionized military comms. Although military communication is designed for warfare, it also supports intelligence-gathering and communication between adversaries, and thus sometimes prevents war.

The alert measurement systems are various states of alertness or readiness for the armed forces used around the world during a state of war, act of terrorism or a military attack against a state. They are known by different acronyms, such as DEFCON, or defense readiness condition, used by the U.S. Armed Forces.

Cryptography is the study of methods of converting messages into disguised, unreadable information, unless one knows of the method of decryption. This military comms method ensures that the messages reach the correct hands. Cryptography is also used to protect digital cash, signatures, digital rights management, intellectual property rights and secure electronic commerce. It is also used in computing, telecommunications and infrastructure.

Commercial refiling of a message will usually require a reformatting of the message, particularly the heading.