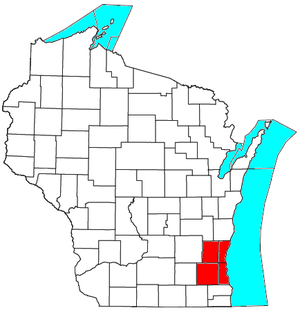 Location of the Milwaukee-Waukesha-West Allis MSA in Wisconsin 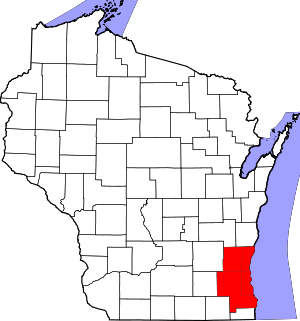 Location of the Milwaukee-Racine-Waukesha CSA in Wisconsin

Metro Milwaukee draws commuters from outlying areas such as Madison, Chicago and the Fox Cities. It is part of the Great Lakes Megalopolis containing an estimated 54 million people.

There are eight counties in the U.S. Census Bureau's Milwaukee–Racine–Waukesha metropolitan area.[1] 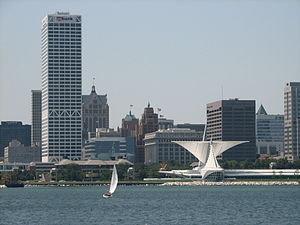 Metro area cities and villages with more than 10,000 inhabitants

Metro area cities and villages with fewer than 10,000 inhabitants

Although each county and its various municipalities are self-governing, there is some cooperation in the metropolitan area. The Milwaukee Metropolitan Sewerage District (MMSD) is a state-chartered government agency which serves 28 municipalities in the five counties.

At the same time, some in the area see the need for more consolidation in government services. The Kettl Commission and former Wisconsin Governor Scott McCallum have supported initiatives to do this. However, full consolidation has been criticized as a means of diluting minority voting power.