Ministry of Foreign Affairs of the Russian Federation (Russian MFA; Russian: Министерство иностранных дел Российской Федерации, МИД РФ) is the central government institution charged with leading the foreign policy and foreign relations of Russia. It is a continuation of the Ministry of Foreign Affairs of the Russian Soviet Federative Socialist Republic, which was under the supervision of the Soviet Ministry of External Relations. Sergey Lavrov is the current foreign minister.

The ministry operates a network of overseas schools for children of Russian diplomats.[1] 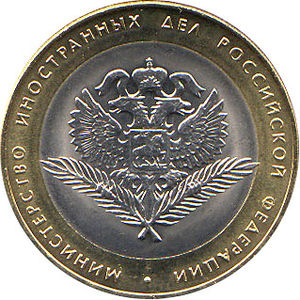 In connection with the Moscow building that houses the Ministry's main office: