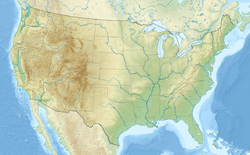 Minot State University was founded in 1913 and has evolved from a normal school to a Carnegie Master’s I institution, despite the fact that study of a foreign language in not required for a BA. Three colleges comprise the university’s academic offerings: Arts and Sciences, Business, and Education and Health Sciences. Nine master’s degrees and one education specialist degree are offered in such areas as communication disorders, management, and mathematics. There is a mix of liberal arts and professional programs offering more than 60 majors at the undergraduate level. MSU is a member of the North Dakota University System, which comprises eleven institutions representing doctoral, master, baccalaureate, and community colleges. The State Board of Higher Education consists of nine members and is the governing board of the System. Minot State University has a Board of Regents acting as an advisory board and champion for the institution.

Minot State's mascot is the beaver and the school colors are red and green (though Maroon has sometimes been used in the past). The campus newspaper is called the Red and Green. MSU's campus is at the base of North Hill, just west of Broadway.

MSU was established in 1913 as Minot Normal School, a two-year normal school devoted to preparing teachers for service in northwestern North Dakota. In 1924, the Normal School at Minot began issuing baccalaureate degrees, which necessitated a name change to Minot State Teacher's College. Over time the range of academic offerings expanded. The school’s name was shortened to Minot State College in 1964 and it became a university in 1987.

Completed the spring of 1992, the Gordon B. Olson Library presently serves an enrollment of more than 3,000 students. The three story facility features seating for 800 students, room for more than 500,000 volumes, as well as computer labs, and a microforms area.

Dr. Gordon B. Olson came to Minot State University during the summer of 1967 and led the university through a period of growth and change. In 1967 enrollment was slightly more than 2,000. During Dr. Olson's tenure, MSU added a significant number of undergraduate and graduate programs. New undergraduate degrees included nursing, social work, and criminal justice. Graduate programs expanded from only one program in 1967 to 13 programs this year. Each of these programs addresses societal needs and the needs of students who pursue careers in these fields.[5] 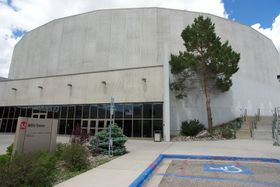 The MSU Dome houses numerous athletic events and served as a shelter during the 2011 Flood
Main article: Minot State Beavers 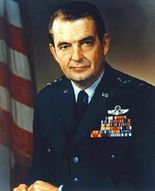