Mircea Vodă is a commune in Constanţa County, Dobrogea, Romania. 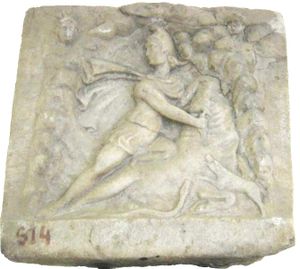 Settlement in the area dates back at least to the time of the Roman Empire. In a place that the local Turks called "Acşandemir Tabiasi", a 10th-century castrum was found, which has a stone vallum. A Slavic inscription found in this place mentions a certain "Jupan Dimitrie" and the year 943.[2]

The following villages belong to the commune: