Mosfilm (Russian: Мосфильм, pronounced [məsˈfʲilʲm]) is a film studio often described as the largest and oldest in the Russian Federation and in Europe. Its output includes most of the more widely acclaimed Soviet-era films, ranging from works by Tarkovsky and Eisenstein (commonly considered the greatest Soviet directors), to Red Westerns, to the Akira Kurosawa co-production Dersu Uzala (Дерсу Узала) and the epic War and Peace (Война и Мир). 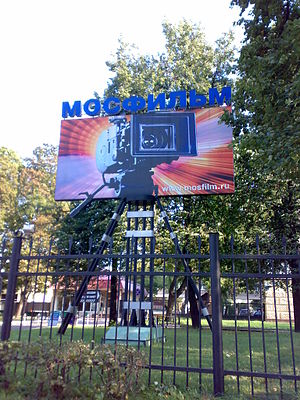 The Moscow film production unit with studio facilities was established in November 1923 by the motion picture mogul Aleksandr Khanzhonkov ("first film factory") and I. Ermolev ("third film factory") as a unit of the Goskino works. The first movie filmed by Mosfilm was On the Wings Skyward (directed by Boris Mikhin).

In 1927 the construction of a new film studio complex began on Mosfilmovskaya Street in Sparrow Hills of Moscow. This film studio was named after the Moscow amalgamated factory Soyuzkino the Tenth Anniversary of the October. In 1934 the film studio was renamed to Moskinokombinat, and in 1936 – to Mosfilm. During the World War II the film studio personnel were evacuated to Alma-Ata (August 1941) and merged with other Soviet production units into the Central United Film Studio (TsOKS). The Mosfilm personnel returned to Moscow at the end of 1943.

The famous Mosfilm logo, representing the monument "Worker and Kolkhoz Woman" by Vera Mukhina and Spasskaya Tower of the Kremlin, was introduced in 1947 in the musical comedy, Spring directed by Grigori Aleksandrov and starring Lyubov Orlova and Nikolai Cherkasov.

By the time the Soviet Union was no more, Mosfilm had produced more than 3,000 films. Many films classics were shot at Mosfilm throughout its history and some of these were granted international awards at various film festivals.

After the dissolution of the Soviet Union, Mosfilm continued operations as a quasi-private production company, led by film director Karen Shakhnazarov. As of 2005, the company embraced ten independent studios, located within 13 sound stages occupying an area of 13,000 sq. meters. Tours through this "Russian Hollywood" become increasingly popular, as they allow to view Mosfilm's enormous depot with 170 tanks and 50 vintage cars. The biggest sound stage is leased annually to hold the Golden Eagle Awards.

In 2011 Mosfilm released a selection of its classic films online for free viewing.[1] 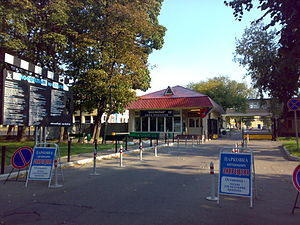 Entrance to Mosfilm Studios with a large clapperboard sign at left 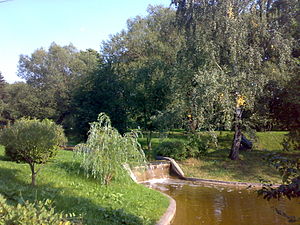 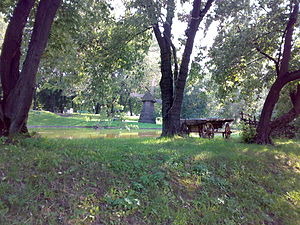