From Infogalactic: the planetary knowledge core
Jump to: navigation, search
For the name of the country, see Russia (name).

Name of Russia (Russian: Имя Россия, literally "Name Russia [sic]") was a project of the Russia TV channel aimed to elect the most notable personality in Russian history by voting via the Internet, radio and television. The program is similar to British 100 Greatest Britons and other such projects held in different countries.

History of the project

The Russia TV Channel initially nominated 500 names who "played significant role in Russia's history", selected by the Institute of Russian History of the Russian Academy of Sciences.[1] On 12 June 2008 the list was shortened to 50 by voting.[2] In December 2008 the name of the winner was announced. First was Alexander Nevsky, second was Pyotr Stolypin and third was Joseph Stalin.[3]

From the very beginning the project received heavy criticism for a number of reasons. The information pages presented at the project’s site and linked to every personality (named dossier pages by project creators) were named inaccurate and laden with trivial and inconsistent details. Internet news agency http://lenta.ru/ revealed and explained some bloopers found on aforesaid pages.

Furthermore, the nature of the free voting also resulted in a certain controversy. According to the rules the election is based on approval voting where any Internet user can vote for a number of different candidates. In addition, any user can vote for any candidate as many times as he/she wants. With that method the whole system proved to be very unpredictable. Since flash mobs were allowed and no protection set against automatic bots which were clicking the button for extended period of time, the results were changing at sheer speed. Some candidates received thousands of votes in days and suddenly rose from the bottom of the list to its top. Some bloggers also claimed that management of the project was prejudiced against certain candidates, namely the controversial Soviet-era figures Joseph Stalin and Vladimir Lenin. The amateur site created to collect voting information from project and monitor results as graphs demonstrated that Stalin and Lenin voting score were held back, while others candidates were receiving votes in a regular way. See Unnamed Russia.

Frustrated by results of the voting, Internet users also created alternative sites with a similar goal, but fair, as they view it, system of vote counting. See Names of Russia for example, or reversed amateur project where users are offered to choose the antihero of Russian history within the same array of possible candidates as initially in Name of Russia project.

On 14 August, the new voting rules for the project were introduced. The system of voting remained the same, but before giving a vote a user should pass a challenge-response authentication in form of a multiple-choice question with four possible options and only one right answer. According to the project's management this new measure is aimed to curb the 'war of machines' or computer generated votes. 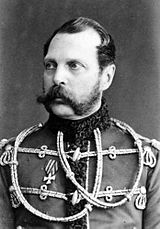