From Infogalactic: the planetary knowledge core
Jump to: navigation, search
For the university in mainland China, see Tsinghua University.

National Tsing Hua University (NTHU; Chinese: 國立清華大學) was founded in Beijing. After the Kuomintang fled to Taiwan following defeat by the Communist Party of China in the Chinese Civil War, NTHU was re-established in Hsinchu City in 1956. Today, there are 7 colleges, 17 departments and 22 independent graduate institutes in the university.

The two Tsinghua universities both claim to be successors of the original Tsinghua University. As a result of this dispute, the universities claimed to be the rightful recipient of the funds from the Boxer Rebellion indemnity that was used to start Tsinghua University. This indemnity was transferred to the university in Taiwan after the Nationalist government (Kuomintang) retreated to Taiwan.

Since American Secretary of State John Hay suggested that the US$30 million plus Boxer Rebellion indemnity money paid to the United States was excessive, in 1909, President Roosevelt then obtained congress approval to reduce the Qing Dynasty indemnity payment by $10.8 million USD, on the condition that the said fund was to be used as scholarship for Chinese students to study in the United States. Using this fund, the Tsinghua College (清華學堂 Qīnghuá Xuétáng) was established in Beijing, China, on 22 April 1911 on the site of a former royal garden belonging to a prince.[3] It was first a preparatory school for students later sent by the government to study in the United States. The faculty members for sciences were recruited by the YMCA from the United States and its graduates transferred directly to American schools as juniors upon graduation. In 1925, the school established its College Department and started its research institute on Chinese Study.

In 1928, the authority officially changed its name to National Tsing Hua University (NTHU). During the Second World War in 1937, Tsinghua University with Peking University and Nankai University, merged to form Changsha Temporary University in Changsha, and later National Southwestern Associated University in Kunming of Yunnan province. After the war, Tsinghua moved back to Beijing and resumed its operation.

In 1956, National Tsing Hua University (NTHU) was reinstalled on its current campus in Hsinchu, Taiwan.Since its reinstallation, NTHU has developed from an institute focusing on Nuclear Science and Technology to that of a comprehensive research university offering degrees programs ranging from baccalaureate to doctorate in science, technology, engineering, humanities and social sciences, as well as management. NTHU has been consistently ranked as one of the premier universities in Taiwan and is widely recognized as the best incubator for future leaders in industries as well as academics. Such stellar records are particularly exemplified by the outstanding achievements of alumni, including two Nobel laureates in physics Dr. Chen-Ning Yang and Tsung-Dao Lee, one Nobel laureate in chemistry Dr. Yuan-Tseh Lee and one Wolf Prize winner in mathematics Dr. Shiing-Shen Chern.

In recent decades, the National Tsing Hua University in Taiwan has had increasingly close ties with the Tsinghua University on the mainland. Of all universities on Taiwan, the NTHU has arguably one of the strongest cooperations with universities in mainland China in academic research, projects, and with the creation of programs such as the "Center for Contemporary China."[5]

Meichu Tournament, held in March annually, is a sport competition between National Tsing Hua University and National Chiao Tung University. Since its establishment in 1969, Meichu Games has become a tradition, and is considered as one of the most important activities between these two prestigious universities in Taiwan.

The history of the Meichu Games goes back to the 1960s. After the end of the Chinese Civil War in 1949, National Tsing Hua University and National Chiao Tung University were both relocated in Hsin Chu, Taiwan and became neighbors. The geographic and academic closeness prompted many intellectual and social exchanges between two universities.

In 1966, an informal tournament was held. The arrangement of the formal event, however, was not institutionalized until 1968, when Mr. Chian Feng, an executive officer of NTHU student activity center, received the permission from the university authority to plan sport events for NTHU and NCTU students modeling after the Oxford and Cambridge Boat Race.

While both side agreed on the plan to hold such an annual event, there was a disagreement on the naming of the Game. At last, Prof. Zhang Zhi-Yi solved this problem by proposing the conventional coin tossing. “If the head-side is up, the game would be called Mei-Chu; otherwise, the game would be called Chu-Mei.” As the head-side of the coin went up, the tournament was thereby named Meichu to commemorate the two founding presidents of NTHU and NCTU, Dr. Mei Yi-Chi and Dr. Ling Chu-Ming.

There are more than one hundred student clubs serving diverse interests. Club activities range from community services, music and sports, cinema and theater, dancing and martial arts, religion and philosophy as well as scientific and academic interests. While their interests vary, these clubs are all organized and run by and for students. When it comes to sports you can find all the common sports such as soccer, tennis, basketball, volleyball, swimming and more. There is also a variety of martial arts selections such as:Hapkido, jujitsu, kickboxing and Kendo. Some other sports can be: hiking, horse riding, scuba diving and rock climbing.

If you are not that into sports there are also clubs dedicated to learn how to make drinks, classic dancing, modern dancing, street dancing, classic music, drama club, to direct events, to DJ, to become a PR of the university, to build up robots or simply practice your English.

There are eighteen dormitories on campus accommodating about 5000 students. Freshman, sophomore and most of the graduate students are allowed to lodge at dorms without drawing lots. The majority of NTHU faculty members are also living on campus.

Scholarships and fellowships are awarded on a meritorious basis. Annually more than six hundred undergraduates and one hundred graduate students receive such supports. In addition, around four thousand graduate students are supported with teaching or research assistantships from academic units. For students with financial difficulties, the university provides student loans and emergency funds.

A University Clinic,[6] affiliated with Hsinchu Mackay Memorial Hospital, is conveniently located on campus where first aid and general medical services are provided by a team of physicians and health care specialists at a very reasonable cost.

The NTHU offers counseling service[7] to students, faculty and staff members at the University Counseling Center. The clinic and the center not only provide services when needed and organize and present educational programs for all students. 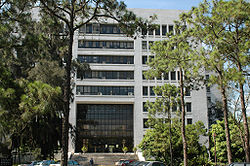 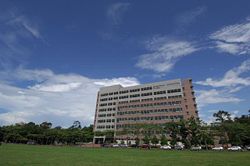 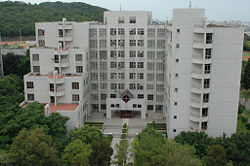 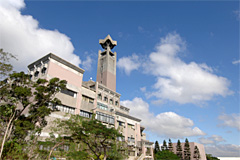 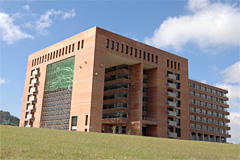 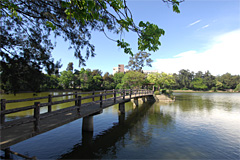 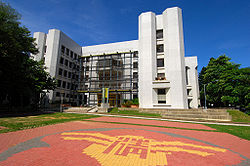 NTHU is generally considered to be one of the best universities in Taiwan.