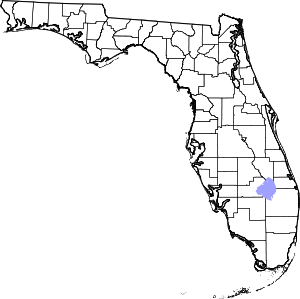 Map of Florida's Nature Coast←Map hasn't been colored in to show the counties. 15 Mar 2015.

The Nature Coast is a region of the U.S. state of Florida. The Nature Coast State Trail is officially designated as part of Florida’s Statewide System of Greenways and Trails.[1] It comprises the inside curve or Big Bend area of the western coast of the state and encompasses Citrus, Dixie, Hernando, Jefferson, Pasco, Levy, Taylor, and Wakulla counties. This region of Florida is culturally partially southern, with the Deep South culture extending to Levy County.

The Nature Coast covers eight different counties and part of one county (Dunnellon is a part of Marion County). It encompasses 980,000 acres (4,000 km2).

The name "Nature Coast" was devised in 1991 as part of a marketing campaign to attract vacationers to the nine county area. The name eventually began to be used locally, and describes the area formally known as the "Big Bend" of Florida.[2][dead link]

Activities common in this area include hunting, fishing, boating, bird watching and nature hiking. Snorkeling spots are found in the rivers along the Nature Coast. Diving and manatee tours are available, predominantly in areas such as Crystal River, Homosassa and Homosassa Springs.

There are also 50 golf courses in the area.