Neuroculture is the relation between the sciences that study the functioning of the brain and culture. The latter is understood as the knowledge, history, habits, ideas and values of the human species, and their manifestations in any form of expression: social, scientific, artistic, philosophical, moral or religious, etc. 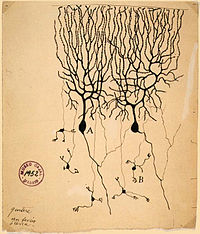 The basis of Neuroculture is that everything a human being creates is generated in the brain, from the most primary functions resulting from millions of years of evolution, to superior expressions, like art, religious or scientific thinking. Thus, the link that relates the biological functioning of the brain to the results of its processes creates a method of explaining how human beings respond to their environment in every possible way.

The study of human beings has been analysed by many scientific and humanistic branches of knowledge, such as philosophy, sociology, anthropology, psychology, theology, ethics, and jurisprudence. The current understanding of the way the brain works makes it impossible for these disciplines to ignore that it is the brain that creates and organizes thoughts, which lead to data, deductions, structures, laws and, ultimately, the content that conforms them.

Neuroscience, together with the humanistic and scientific disciplines, creates a new level of study that leads to a reassessment of some of its fields of study and, of course, the enrichment of all of them.

According to this approach, in which neuroscience joins the rest of the humanistic and scientific disciplines, new related terms appear, for example neuroeconomics, neurophilosophy, neuroethics, neurotheology, neuroesthetics, neurocognition or neuroeducation. Any area of study is prone to be related to neuroscience.

Regardless of the cultural society being dealt with, the functioning of the brain has characteristics that are common to every society and race on the Earth. These characteristics have been confirmed through magnetic resonance imaging and it has been verified that emotions and feelings related to morals, love, pleasure, etc., activate the same brain areas whatever the society or race. The only differences are due to the way diverse cultures interpret the facts, ways of life or moral beliefs in one way or another.