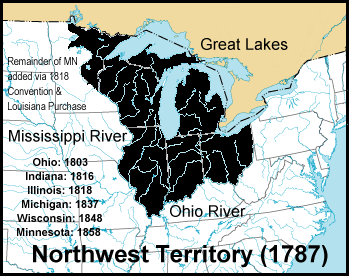 In 1798, the Northwest Territory became eligible to send a non-voting delegate to the U.S. Congress. The Assembly elected this representative.