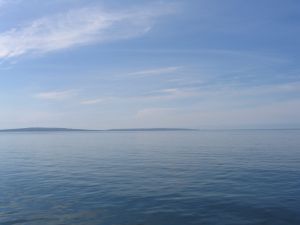 Ocean exploration is a part of oceanography describing the exploration of ocean surfaces. Notable explorations were undertaken by the Greeks, the Egyptians, the Polynesians, the Phoenicians, Phytheas, Herodotus, the Vikings, the Portuguese and Muslims. Scientific investigations began with early scientists such as James Cook, Charles Darwin, and Edmund Halley. Ocean exploration itself coincided with the developments in shipbuilding, diving, navigation, depth, measurement, exploration, and cartography.

From Age of Exploration to present