The Oklahoma Constitution established the powers of the Oklahoma House of Representatives in 1907. Voters further amended those power through constitutional referenda. One referendum required legislators to balance the annual state budget. Others specified the length and dates of the legislative session. Today, there are 101 House members, each representing a legislative district. District boundaries are redrawn every decade to ensure districts of equal population.

One must be 21 years of age at the time of their election and a qualified elector and resident of their legislative district to serve in the Oklahoma House of Representatives. The state holds district elections every two years coincident with federal elections and special elections to fill vacant seats. The House meets from early February until the last Friday in May. Members elect a Speaker of the Oklahoma House of Representatives as the presiding officer and a Speaker Pro Tempore, who serves as the presiding officer in his absence. Members organize in political party-based caucuses to develop partisan policy agendas.

After the 2014 election, Republicans hold over two-thirds of the House seats.

A weakening of the Democratic coalition leading up to the 1908 election allowed Republicans to make gains in the Oklahoma House. Republicans gained an even third of the legislative seats.[3] The largest gains came in Holdenville, Okmulgee, and Guthrie, each of which had a sizable black population.[3]

The Oklahoma Democratic lawmakers of the early 1900s opposed integration. The first legislature passed legislation that made it almost impossible for African-Americans to vote.[3] The legislature's first black member, A. C. Hamlin, served only one term, though he did gain the support of his fellow lawmakers to fund a black school in his district and create more equal accommodations for black and white railroad passengers.[4]

The Democratic Party also pushed to make Oklahoma City the capital over Guthrie, a Republican and black voting stronghold.[3]

In 1913, a House investigative committee forced the resignation of the state auditor and impeached the state printer and insurance commissioner.[2] The legislature at the time included Democratic members who were angry at then Governor Lee Cruce over his veto of a redistricting plan that would have gerrymandered Congressional districts and his attempt to remove public institutions established by earlier legislatures.[5] Cruce escaped an impeachment trial by one vote of the House investigative committee.[5]

Women earned the right to vote in Oklahoma in 1918 through a constitutional amendment approved by voters.[6] In 1920, Bessie McColgin became the first woman elected to the Oklahoma House of Representatives. A Republican, McColgin and her female colleague in the Oklahoma Senate, focused on the passage of public health bills, but failed in many of their efforts.[7]

Members of the Oklahoma House of Representatives voted eleven articles of impeachment against Governor Henry S. Johnston, which led to his expulsion from office.[10]

A severe drought beginning in 1932 in western Oklahoma combined with land consolidation and mechanization in eastern Oklahoma drove farmers out of the state and left others in economic distress.[11] Legislatures of the 1930s battled with governors William H. Murray and Ernest W. Marland, targeting Murray's efforts to generate relief for farmers and Marland's proposals to create a state public works program, reform the tax code and create unemployment insurance.[11] Lawmakers did enact an old age pension system funded by a dedicated sales tax.[11] The rejection of providing state matching funds for New Deal projects resulted in fewer projects.[11] A conservative reaction developed in Oklahoma in the late 1930s and rejected further New Deal programs.[11]

The number of Republican Party seats in the Oklahoma House of Representatives plummeted in the 1930s.[13]

The legislative sessions held by the Oklahoma House of Representatives and Oklahoma Senate changed due to two key legislative reforms in 1966 and 1989. In 1966, Oklahomans voted institute 90-day annual sessions.[14] An initiative petition championed by Governor Henry Bellmon in 1989 further required the legislative sessions to end by 5 p.m. on the last Friday in May.[2]

After earlier attempts to raise legislative pay failed, voters approved a state question in 1968 to create a board to set legislative compensation. It set compensation at $8,400 that year.[2]

State legislators enacted Oklahoma's open meeting and open records laws in 1977, but made the Oklahoma House of Representatives exempt.[15]

A shift in the behavior of Oklahoma voters occurred, beginning in the 1960s. Registered Democrats began to more often vote Republican, due to dissatisfaction with the leftist progressive wing of the national party.[16] After the 2004 Presidential Election, Republicans gained control of the House for the first time since 1921.[17] In 2010, Republicans gained a large majority of 70 seats in the Oklahoma House of Representatives.[18]

The Oklahoma House and the Oklahoma Senate are responsible for introducing and voting on bills and resolutions, providing legislative oversight for state agencies, and helping to craft the state's budget.[1] Every ten years, legislators are responsible for designating new district boundaries for state electoral districts, along with Congressional districts. The governor must sign these bills into law, or a statewide panel convenes to draw the disputed lines.[19]

Legislators, with staff support, develop and file bills prior to the legislative session. Bill sponsors submit requests for bill drafting to the professional staff of the Oklahoma House of Representatives. The staff ensure bills have proper legal language and meet constitutional requirements. The bills are filed with the chief clerk's office by a designated filing deadline. Since 1999, members of the Oklahoma House are limited to a maximum of eight bills that will receive a hearing.[20]

The Oklahoma House meets in regular session in the west wing of the Oklahoma State Capitol in Oklahoma City, from early February to the last Friday in May. Special sessions may be called by the governor, or by supermajority vote of the Legislature.

Bills receive a First Reading, where they are filed by title and published in the House Journal to make the public aware of them. They then undergo a Second Reading, after which they are assigned to committee. The committee system is designed to screen out legislation that is, in the committee's judgment, unnecessary or not ready for passage.[20]

Committees either stop the progress of a bill or approve it for consideration on the floor of the House. When a bill is called up on the floor, either the principal author or a member of his choice will be recognized for the explanation of the bill. After a number of other potential procedures, a motion can be called to advance the bill and a vote is taken.[20]

Fifty-one votes are required for bill passage on the floor of the Oklahoma House. Lawmakers also vote on whether or not to make the bill effective upon signature of the governor, which requires a two-thirds majority. Action on the floor is recorded in the House Journal.[20]

Once approved on Third Reading, which is the name for this stage of the floor process, approved bills are sent to the Oklahoma Senate. If amended, bills will return to the Oklahoma House of Representatives for a Fourth Reading, but can go directly to the governor after Senate passage.[20]

The Oklahoma House is not subject to the state's open meeting and open records laws due to provisions to exempt the state legislature in the 1977-enacted laws.[15]

Leadership in the state House begins two leaders elected by their fellow lawmakers - the Speaker of the Oklahoma House of Representatives and Speaker Pro Tempore.[1] Party caucuses play a major role in this process by nominating candidates for key leadership positions.[25]

A non-partisan staff provides professional services for members of the Oklahoma House of Representatives in addition to the Oklahoma Legislative Service Bureau. Individual members are also assisted by partisan staff members, and those in leadership positions have additional partisan staff.[2] Committees are staffed primarily by research and legal staff.[28] 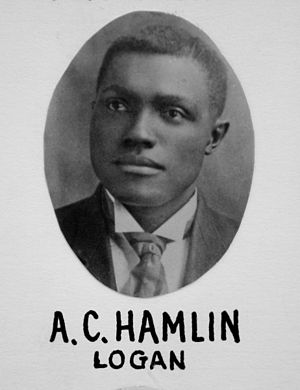 In order to file for election to the Oklahoma House of Representatives, one must be 21 years of age at the time of their election and a qualified elector and resident of their legislative district.[29] Officers of the United States or state government and individuals who have been adjudged guilty of a felony are not eligible to election to the Oklahoma Legislature. If a member of the Oklahoma Legislature is expelled for corruption, they are not eligible to return to legislative office.[30]

State representatives serve a two-year term and are limited to six terms or 12 years. No member of the Oklahoma House of Representatives can serve more than 12 years in the Oklahoma Legislature. A term limited member can not run for election to the Senate as both Representative terms and Senate terms are added together in determining the total number of Legislative years in office.[31]

State legislators can seek reimbursement for expenses related to meals, lodging, and travel related to their duties at any point during the year. They have access to benefits, including health and life insurance and retirement savings plans.[32]

As of December 2014, members of the Republican Party hold more than a two-thirds majority of seats in the Oklahoma House of Representatives. There are 72 Republicans and 29 Democrats.[33]

In 1964, the United States Supreme Court ruled that this method violated the federal constitution, as it resulted in districts having wildly different populations. State lawmakers implemented a new method that continues to be used today. The Oklahoma House of Representatives is authorized to draw new district boundaries once every 10 years. Under the holding of Reynolds v. Sims, 377 U.S. 533 (1964) districts must be apportioned within a five percent margin of the average target size district as determined by the U.S. Census population figures divided by the one hundred and one districts. This allows for certain districts to be slightly smaller or larger than others. The Oklahoma House of Representatives draws its own maps of its district lines, which are subject to the approval of both the state senate and the governor. Should the redistricting not occur in the time limits prescribed by law, the lines are determined by a panel of five statewide elected officials.

As of February 10, 2014, Jeff W. Hickman is serving his first term as Speaker of the Oklahoma House of Representatives. He was reaffirmed November 7, 2014, by the House Republican Caucuse as Speaker elect for the 2015-2016 term.[34] Lee Denney, of Cushing, Oklahoma, was chosen as Speaker Pro Tempore elect.[34]

Earl Sears serves as the chairman of the Appropriations and Budget Committee.