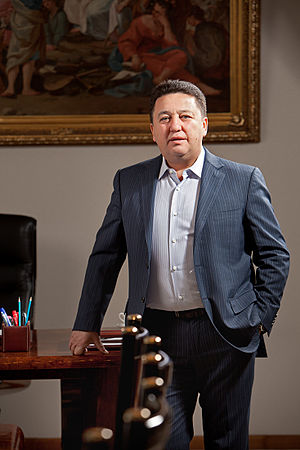 Oleksandr Borisovich Feldman (born 6 January 1960 in Kharkiv) is a Ukrainian businessman and politician, financier of education, and one of the community leaders of the Ukrainian Jewish community.

In the 2012 Ukrainian parliamentary election Feldman won a parliamentary seat in a single-member district located in Kharkiv for Party of Regions.[3]

In the 2014 Ukrainian parliamentary election Feldman as an independent candidate won the same single-member district as in 2012 with 64.94% of the votes.[8][3]