Establishment of the Flying School and War Units 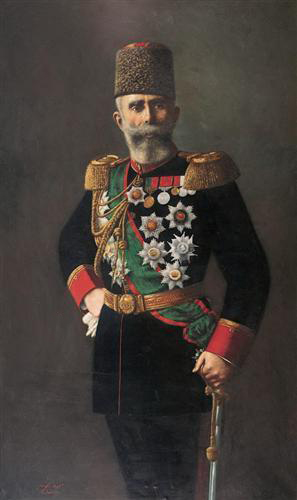 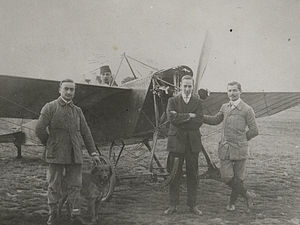 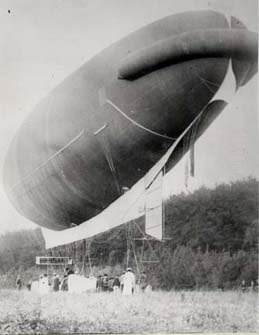 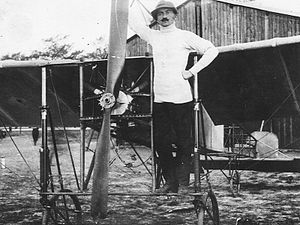 After witnessing the growing importance of an air combat support branch, the Ottoman government decided to organize its own military aviation program. For this purpose officers were sent to Europe by the end of 1910 for pilot training. However, due to financial difficulties, the student program was aborted and the trainees returned to the Ottoman Empire in the spring of 1911.[citation needed]

Although left without any governmental guidelines for establishing an air force, the Ottoman Minister of War of the time, Mahmud Shevket Pasha, continued to encourage the idea of a military aviation program. On 28 June 1911, a written examination was held and on 4 July, Cavalry Captain Mehmet Fesa (Evrensev) and Engineer Lieutenant Yusuf Kenan were selected. Mehmet Fesa was sent to France and Yusuf Kenan was sent to Germany. But because the German school wanted an excessively high fee, both of them were enrolled in the Blériot School at Étampes near Paris in July 1911.[6]

In late 1911 Staff Lieutenant Colonel Süreyya (İlmen) was entrusted with founding the Aircraft Committee (Tayyare Komisyonu) with members from the Inspectorate of Technical and Fortified Formations (Kıtaât-ı Fenniyye ve Mevâki-i Müstahkeme Müfettişligi).[7] Two tent hangars for the Aircraft School (Tayyare Mektebi) were erected in January 1912 at San Stefano, west of Constantinople[8] (which is the Atatürk International Airport today.)

On 21 February 1912, Mehmet Fesa and Yusuf Kenan completed their flight training at the Blériot School and returned home with the 780th and 797th French Aero Club certificates.[6] In the same year, eight more Ottoman officers were sent to France for flight training. Fesa Bey and Yusuf Kenan Bey flew over Constantinople on 27 April 1912.[citation needed]

The Ottoman Empire started preparing its first pilots and aircraft, and with the founding of the Aircraft School (Tayyare Mektebi) in San Stefano on 3 July 1912, the empire began to train its own flight officers. The founding of the Aircraft School quickened advancement in the military aviation program, increased the number of enlisted persons within it, and gave the new pilots an active role in the Ottoman forces.[citation needed]

The same year a single-seat and a two-seater Deperdussin were purchased from France and brought to Constantinople in March 1912. Two of the two-seater version of Bleriot XI-b were also acquired, the first of which was presented by Supreme Commander Rıza Paşa. Three of a different two-seat model named XI-2 and three of the single-seat ground trainer Pingouin were also used by the Ottoman Army.[citation needed]

The REP (Robert Esnault-Pelterie) was also one of the first planes to be deployed by the Ottoman Empire.[citation needed] This aircraft was designed by Robert Esnault-Pelterie and its first flight took place in 1912; they entered service during the same year in France. In accordance with an agreement reached between the producer and the Ottoman Ministry of War, seven REP planes were purchased and the first one was planned to join the Ottoman Army on 15 March 1912.[citation needed] In late April 1912, the military aircraft was shown to the public for the first time when a large military parade was held for the honor of Sultan Mehmed V Reshad.[8] Five of the seven purchased were single-seaters and the remaining two were two-seaters.[citation needed] One of the single-seaters were planned only for ground practicing. The last plane was confiscated by the Serbians while being brought to Istanbul by train. These aircraft were already out of service by 1914.[citation needed]

By the end of 1912, the Ottoman Army had a total of 15 airplanes, acquired mostly through private donations.[citation needed]

In 1911, the Kingdom of Italy invaded the Tripolitania Vilayet (modern day Libya) of the Ottoman Empire, using aircraft for reconnaissance and bombing missions for the first time in aviation history (on 23 October 1911, an Italian pilot flew over Ottoman lines for reconnaissance; and the next day Italian dirigibles dropped bombs on ground targets, both of which represented the first effective use of aircraft in combat.)

When Italy invaded the Tripolitania Vilayet, the Ottoman Army was not ready to use its few new aircraft in battle. The Ottomans had very few troops in North Africa and countered the Italians mostly with organized local Arab militia (a massive Italian amphibious assault force of 150,000 troops[9] had to be countered by 20,000 Bedouins[10] and 8,000 Turks.[10]) The British government, which militarily controlled the de jure Ottoman provinces of Egypt and Sudan since the Urabi Revolt in 1882, didn't allow the Ottoman government to send additional troops to Libya through Egypt. There were attempts to purchase aircraft from France and send them to Libya via Algeria, but they did not materialize.[citation needed] 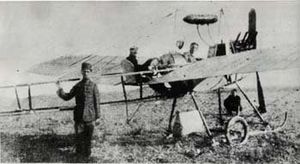 The Ottoman military aircraft saw their first active combat involvement during the First Balkan War, against the Balkan countries of Montenegro, Serbia, Bulgaria and Greece. Seventeen Ottoman aircraft were used for reconnaissance, from September 1912 to October 1913. The Ottoman military aviation, due to the organization's inexperience in combat, initially lost a number of airplanes. However, as the pilots hardened with battle experience, they improved their combat skills, and many new recruits applied to join the aviation squadrons.

Nevertheless, the Balkan League won the war. A short while later, Bulgaria attacked Greece and Serbia to kick off the Second Balkan War, and the Ottoman Empire declared war on Bulgaria, thus recovering a portion of its lost territories in Eastern Thrace, including the major city of Adrianople.

By the end of the Balkan Wars, the fledgling Ottoman military aviation had already been through three wars and a coup d'état.

On 29 October 1913, Captain Salim Bey and Captain Kemal Bey flew over the Sea of Marmara; and on 18 November 1913, Belkıs Şevket Hanım, a member of the Society for the Defense of Women's Rights (Mudafaa-i Hukuki Nisvan Cemiyeti) flew in the aircraft piloted by Fethi Bey, becoming the first Turkish female aircraft passenger.[citation needed] 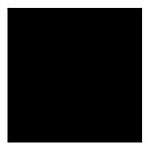 The Ottoman aviation squadrons began World War I under direct control of the Office of the Supreme Military Command (Başkomutanlık Vekâleti).[1] Because of the cost of aircraft, it was a small unit. It would remain there for the duration of the war, never becoming a separate corps as in other World War I armies. Instead, it was parceled out in small detachments to an army or corps which directed the tactical use of the planes. Primitive logistics kept the units small.

By 1916, the growing air force had 81 pilots and observers and about 90 airplanes. Eventually, Germany would transfer 460 airplanes to the Ottoman Empire; some 260 went to the Ottoman units and the rest remained in German units. Some 400 German aviation personnel served in Ottoman forces.

By the war's end, the Ottoman aviation aquadrons had become a potpourri of about 200 supplied, purchased, and captured aircraft from Germany, France, Russia, and Britain. Even a general enumeration was overwhelming: seven types of Albatros; four types of Fokkers; three types of Gotha bombers; two types each of Rumpler and Caudron; plus LVG B series, Halberstadts, Pfalzes, Voisins, DeHavillands, Nieuports, a Bristol Bullet, a Farman, a Morane-Saulnier L Parasol, and a Grigorovich G.5.

Efforts were made to reorganize the Ottoman aviation squadrons, but this ended in 1918 with the end of the First World War and the Occupation of Istanbul by Allied Forces on 13 November 1918. 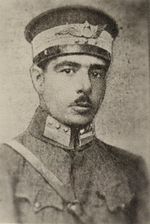 Vecihi Hürkuş was the first civil aviator in Turkey 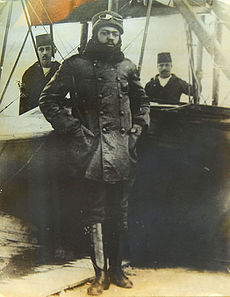 In August 1914, the Ottoman military aviation had eight planes assigned for operations and four in the flying school in San Stefano; of six operational planes, two were sent to eastern Anatolia, with the others retained at the flying school.[12]

Major Erich Serno arrived in January 1915, accompanied by a staff of twelve.[12] It was Erich Serno who convinced the Ottoman military leadership to give the pilots a distinct uniform (a winged crescent and star on their hats.)[13] These men were parceled out to Ottoman detachments to fill out shortages in trained Ottoman personnel. Other German air personnel were later supplied. The augmentation became so extreme that one of the seven detachments formed by the end of 1915 was wholly German, although they wore Ottoman uniforms. Total Ottoman personnel in these seven detachments were 11 observers and seven army pilots, three navy pilots, and three civilian pilots.

The most important 1915 operation of the Ottoman aircraft detachments was the surveillance of the Gallipoli landing. This was performed by two detachments which was later reinforced. Ottoman airplanes from Gelibolu (Gallipoli) also attacked Allied and Greek naval targets and bases throughout Northern Aegean.

The fleet size reached its apex in December 1916, when the Ottoman aviation squadrons had 90 airplanes.[4]

The "Aviation Squadrons" were reorganized as the "General Inspectorate of Air Forces" (Kuva-yı Havaiye Müfettiş-i Umumiliği) on 29 July 1918.[5]

In the summer of 1918, the Palestine Brigade of the Royal Flying Corps and the Australian Flying Corps pressured the Ottoman and German reconnaissance and combat aircraft detachments in Palestine. The Ottoman forces, lacking the information to fend off Allenby's offensives around Megiddo, found themselves under heavy air attack while retreating from their rout.