The word pāramī derives from parama, 'supreme,' and thus suggests the eminence of the qualities which must be fulfilled by a bodhisattva in the long course of his spiritual development. But the cognate pāramitā, the word preferred by the Mahāyāna texts and also used by Pāli writers, is sometimes explained as pāram + ita, 'gone to the beyond,' thereby indicating the transcendental direction of these qualities." (Velthuis convention lettering replaced with Pāli diacritics.) In Buddhism, the pāramitās refer to the perfection or culmination of certain virtues. In Buddhism, these virtues are cultivated as a way of purification, purifying karma and helping the aspirant to live an unobstructed life, while reaching the goal of enlightenment.

The term pāramitā, commonly translated as "perfection," has two etymologies. The first derives it from the word parama, meaning "highest," "most distant," and hence, "chief," "primary," "most excellent." Hence, the substantive can be rendered "excellence" or "perfection." This reading is supported by the Madhyāntavibhāga (V.4), where the twelve excellences (parama) are associated with the ten perfections (pāramitā). 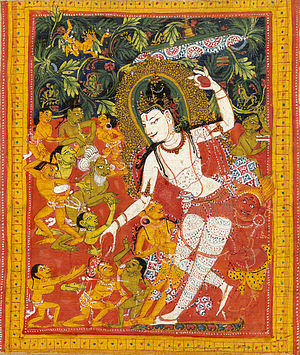 Theravada teachings on the pāramīs can be found in late canonical books and post-canonical commentaries.

Two of the above virtues, mettā and upekkhā, also are brahmavihāras.

The Theravādin teachings on the pāramīs can be found in canonical books (Jataka tales, Apadāna, Buddhavaṃsa, Cariyāpiṭaka) and post-canonical commentaries written to supplement the Pāli Canon at a later time, and thus might not be an original part of the Theravādin teachings.[3][4] The oldest parts of the Sutta Piṭaka (for example, Majjhima Nikāya, Digha Nikāya, Saṃyutta Nikāya and the Aṅguttara Nikāya) do not have any mention of the pāramīs as a category (though they are all mentioned individually).[5]

Some scholars even refer to the teachings of the pāramīs as a semi-Mahāyāna teaching added to the scriptures at a later time in order to appeal to the interests and needs of the lay community and to popularize their religion.[6][7] However, these views rely on the early scholarly presumption of Mahāyāna originating with religious devotion and appeal to laity. More recently, scholars have started to open up early Mahāyāna literature, which is very ascetic and expounds the ideal of the monk's life in the forest.[8] Therefore, the practice of the pāramitās in Buddhism is close to the ideals of the ascetic tradition of the śramaṇa.

Bodhi (2005) maintains that, in the earliest Buddhist texts (which he identifies as the first four nikāyas), those seeking the extinction of suffering (nibbana) pursued the noble eightfold path. As time went on, a backstory was provided for the multi-life development of the Buddha; as a result, the ten perfections were identified as part of the path for the bodhisattva (Pāli: bodhisatta). Over subsequent centuries, the pāramīs were seen as being significant for aspirants to both Buddhahood and arahantship. Thus, Bodhi (2005) summarizes:

It should be noted that in established Theravāda tradition the pāramīs are not regarded as a discipline peculiar to candidates for Buddhahood alone but as practices which must be fulfilled by all aspirants to enlightenment and deliverance, whether as Buddhas, paccekabuddhas, or disciples. What distinguishes the supreme bodhisattva from aspirants in the other two vehicles is the degree to which the pāramīs must be cultivated and the length of time they must be pursued. But the qualities themselves are universal requisites for deliverance, which all must fulfill to at least a minimal degree to merit the fruits of the liberating path.[9]

In Mahāyāna Buddhism, the Prajñapāramitā sūtras, the Lotus Sutra and a large number of other texts list the six perfections:

Note that this list is also mentioned by the Theravāda commentator Dhammapala, who says it is equivalent to the above list of ten.[10]

In the Ten Stages Sutra, four more pāramitās are listed:

According to the perspective of Tibetan Buddhism, Mahāyāna practitioners have the choice of two practice paths: the path of perfection (Sanskrit: pāramitāyāna) or the path of tantra (Sanskrit: tantrayāna), which is the Vajrayāna.

Traleg Kyabgon Rinpoche renders "pāramitā" into English as "transcendent action" and then frames and qualifies it:

When we say that paramita means "transcendent action," we mean it in the sense that actions or attitude are performed in a non-egocentric manner. "Transcendental" does not refer to some external reality, but rather to the way in which we conduct our lives and perceive the world - either in an egocentric or a non-egocentric way. The six paramitas are concerned with the effort to step out of the egocentric mentality.[11]

The pure illusory body is said to be endowed with the six perfections (Sanskrit: ṣadpāramitā).[12]