A page or page boy is traditionally a young male servant, but may also have been used for a messenger at the service of a nobleman or an apprentice knight. The origin of the term is uncertain, but may come either from the Latin pagus (servant), possibly linked to peasant or an earlier Greek word παῖς (pais = child)

In medieval times, a page was an attendant to a knight, i.e., an apprentice squire. Until the age of about seven, sons of noble families would receive training in manners and basic literacy from their mothers or other female relatives. Upon reaching seven years old, a boy would be sent to the castle, great house or other estate of another noble family. This would match the age at which apprenticeships or servants' employment would be entered into by young males from lower social classes.

A young boy served as a page for about seven years, running messages, serving, cleaning clothing and weapons, and learning the basics of combat. He might be required to arm or dress the lord to whom he had been sent by his own family. Personal service of this nature was not considered as demeaning, in the context of shared noble status by page and lord. It was seen rather as a form of education in return for labour. While a page did not receive reimbursement other than clothing, accommodation and food, he could be rewarded for an exceptional act of service. In return for his work, the page would receive training in horse-riding, hunting, hawking and combat - the essential skills required of adult men of his rank in medieval society. Less physical training included schooling in the playing of musical instruments, the composition and singing of songs, and the learning of board games such as chess. The initial education received as a child in reading and writing, would be continued to a level of modest competence under the tuition of a chaplain or other cleric,[1] and possibly from a grammar master. They also learned courtly manners and, in attending to the needs of their master, a degree of temporary humility.[2]

At age fourteen, the young noble could graduate to become a squire, and by age 21, perhaps a knight himself. These boys were often the scions of other great families who were sent to learn the ways of the manorial system by observation. Their residence in the house served as a goodwill gesture between the two families involved and helped them gain social and political contacts for their adult lives. A reference to this kind of page is found in the Christmas carol Good King Wenceslaus: "Hither, page, and stand by me, if thou know'st it, telling..."

This type of page is almost unheard of today outside of royal residences, although the functions and status of legislative pages (see below) are a clear continuation of the earlier role.

Until the early 20th century boys of humble background might gain a similar place in a great house. According to the International Butler Academy, these pages were apprentice footmen. Unlike the hall boys, who did heavy work, these pages performed light odd-jobs and stood in attendance wearing livery when guests were being received. 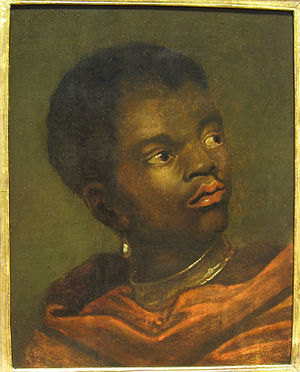 During and following the Renaissance it became fashionable for black boys and young men to be decorative pages, placed into fancy costumes and attending fashionable ladies and lords. This custom lasted for several centuries and the "African page" became a staple accoutrement of baroque and rococo style.[3]

The character is frequently illustrated in literature and film, particularly periodwork:

While the traditional pages are rare in the modern private workforce, US television network NBC's page program is a notable example of contemporary workplace pages.[4]