From Infogalactic: the planetary knowledge core
Jump to: navigation, search
For other uses, see Pagoda (disambiguation). 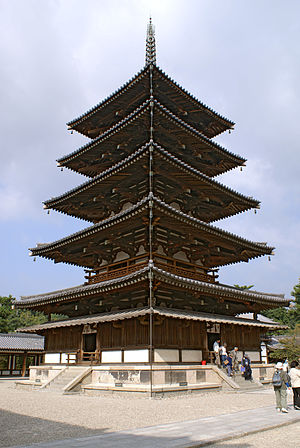 Wooden five-story pagoda of Hōryū-ji in Japan, built in the 7th century, one of the oldest wooden buildings in the world. 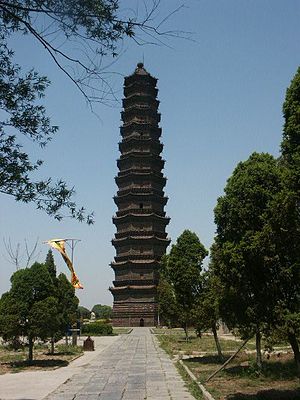 The Iron Pagoda of Kaifeng, China, built in 1049 AD 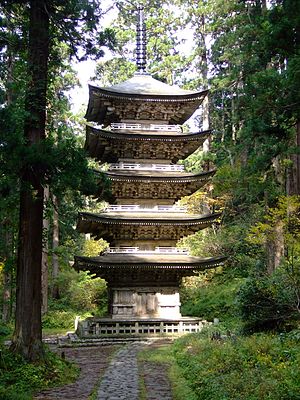 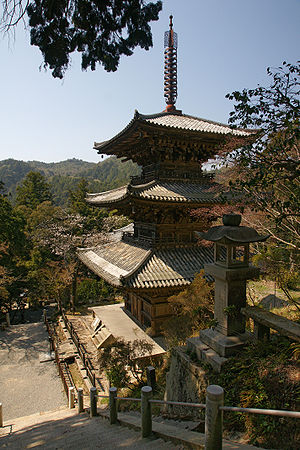 Wooden three-story pagoda of Ichijō-ji in Japan, built in 1171 AD 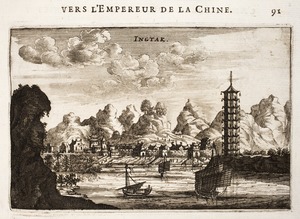 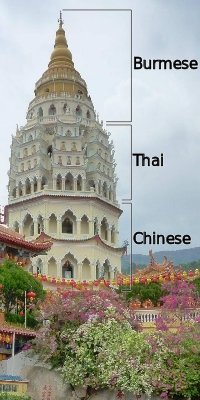 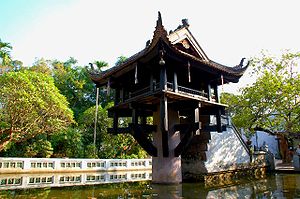 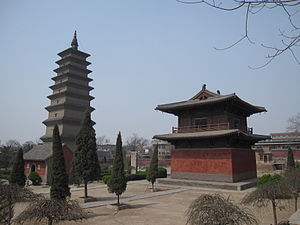 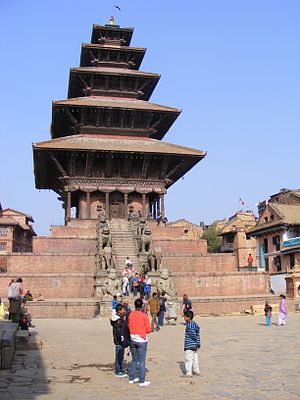 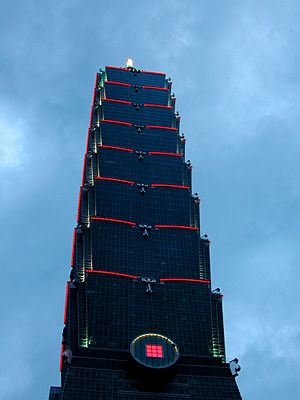 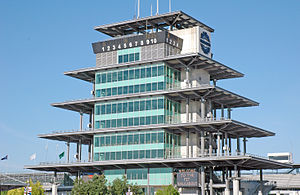 The Bombardier Pagoda at the Indianapolis Motor Speedway 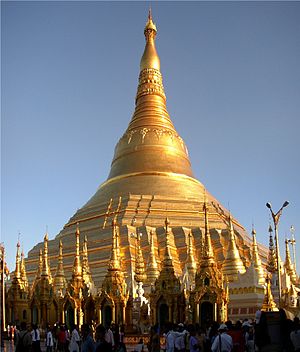 A pagoda is a tiered tower with multiple eaves, built in traditions originating in historic East Asia or with respect to those traditions, common to Nepal, India, China, Japan, Korea, Vietnam, Burma, Sri Lanka and other parts of Asia. Some pagodas are used as Taoist houses of worship. Most pagodas were built to have a religious function, most commonly Buddhist, and were often located in or near viharas. In some countries, the term may refer to other religious structures. In Vietnam and Cambodia, due to French translation, the English term Pagoda is a more generic term referring to a place of worship, although pagoda is not an accurate word to describe a Buddhist vihara. The modern pagoda is an evolution of the Ancient Nepal stupa, a tomb-like structure where sacred relics could be kept safe and venerated.[1] The architectural structure of the stupa has spread across Asia, taking on many diverse forms as details specific to different regions are incorporated into the overall design.

One proposed etymology is from the southern Chinese pronunciation of eight cornered tower,"Pa-Ko-Ta" [八角塔], and reinforced by the name of a famous pagoda encountered by many early European visitors to China, the "Pa-Zhou-Ta" Pagoda, standing just south of Canton (Guangzhou) at the Whampoa Anchorage. [2]Another proposed etymology is Persian butkada, from but, "idol" and kada, "temple, dwelling."[3] Another etymology, found in many English language dictionaries, is modern English pagoda from Portuguese (via Dravidian), from Sanskrit bhavati, feminine of bhagavatt, "blessed" from bhag, "good fortune".

The origin of the pagoda can be traced to the stupa (3rd century BC).[4] The stupa, a dome shaped monument, was used as a commemorative monument associated with storing sacred relics.[4] The stupa emerged as a distinctive style of newari architecture and was adopted in Southeast and East Asia. Nepali architect Araniko visited China and shared his skills to build stupa building in China.[5][6] where it became prominent as a Buddhist monument used for enshrining sacred relics.[4] In East Asia, the architecture of Chinese towers and Chinese pavilions blended into pagoda architecture, eventually also spreading to Southeast Asia. The pagoda's original purpose was to house relics and sacred writings.[7] This purpose was popularized due to the efforts of Buddhist missionaries, pilgrims, rulers, and ordinary devotees to seek out, distribute, and extol Buddhist relics.[8]

Chinese iconography is noticeable in Chinese pagoda as well as other East Asian pagoda architectures. The image of the Shakyamuni Buddha in the abhaya mudra is also noticeable in some Pagodas. Buddhist iconography can be observed throughout the pagoda symbolism.[9]

In an article on Buddhist elements in Han art, Wu Hung suggests that in these tombs, Buddhist iconography was so well incorporated into native Chinese traditions that a unique system of symbolism had been developed.[10]

Pagodas attract lightning strikes because of their height. Many pagodas have a decorated finial at the top of the structure, and when made of metal, this finial, sometimes referred to as a "demon-arrester", can function as a lightning rod.[dubious – discuss] Also Pagodas come in many different sizes some may be small and others may be large. [11] Pagodas traditionally have an odd number of levels, a notable exception being the eighteenth century pagoda "folly" designed by Sir William Chambers at Kew Gardens in London.

The pagodas in Burma, Thailand, Laos and Cambodia are very different from Chinese and Japanese pagodas. Pagodas in those countries are derived from Nepali stupas, and are commonly built with cement, concrete and bricks.

Places called "pagoda" but which are not tiered structures with multiple eaves:

Structures not generally thought of as pagodas, but which have some pagoda-like characteristics: