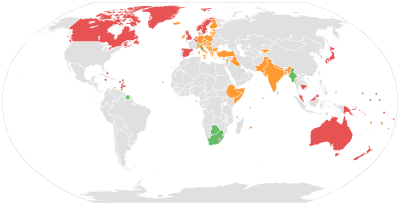 The modern concept of prime ministerial government originated in the Kingdom of Great Britain (1707–1800) and its contemporary, the Parliamentary System in Sweden (1721–1772).

In 1714, Prince Elector George Ludwig of Hanover, Germany, acceded to the throne of Great Britain after his cousin Queen Anne died with no heirs of her body. As King George I he chaired the cabinet and chose ministers of the government; however, he initially spoke no English. This shifted the balance of power towards the leading minister, or first minister, who de facto chaired the cabinet. During his reign, Parliament's role in controlling government and in deciding who the king could ask to form a government gradually increased. Towards the end of his reign, actual power was held by Sir Robert Walpole, who evolved as Britain's first prime minister over the years from 1721 to 1742. Later, the Great Reform Act of 1832 broadened the franchise and was accompanied by increasing parliamentary dominance, with Parliament always deciding who was prime.

Scholars of democracy such as Arend Lijphart distinguish two types of parliamentary democracies: the Westminster and Consensus systems.[1] 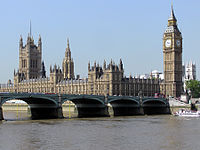 The Palace of Westminster in London, United Kingdom. The Westminster system originates from the British Houses of Parliament.

The Reichstag Building in Berlin, Germany. The Consensus system is used in most of Western European countries.

Implementations of the parliamentary system can also differ on the manner of how the prime minister and government are appointed and as to whether the government needs the explicit approval of the parliament, rather than just the absence of its disapproval. Some countries such as India also require the prime minister to be a member of the legislature, though in other countries this only exists as a convention.

Furthermore, there are variations as to what conditions exist (if any) for the government to have the right to dissolve the parliament:

Parliamentarism may also apply to regional and local governments. An example is the city of Oslo, which has an executive council (Byråd) as a part of the parliamentary system.

In addition to quicker legislative action, parliamentary government has attractive features for nations that are ethnically, racially, or ideologically divided. In a presidential system, all executive power is vested in one person: the president. In a parliamentary system, with a collegial executive, power is more divided. In the 1989 Lebanese Taif Agreement, in order to give Muslims greater political power, Lebanon moved from a semi-presidential system with a strong president[dubious – discuss] to a system more structurally similar to classical parliamentary government. Iraq similarly disdained a presidential system out of fears that such a system would be tantamount to Shiite domination; Afghanistan's minorities refused to go along with a presidency as strong as the Pashtuns desired.[citation needed]

It can also be argued that power is more evenly spread out in parliamentary government.[citation needed] The prime minister is seldom as important as a ruling president, and there tends to be a higher focus on voting for a party and its political ideas than voting for an actual person.[citation needed]

In his 1867 book The English Constitution, Walter Bagehot praised parliamentary government for producing serious debates, for allowing change in power without an election, and for allowing elections at any time. Bagehot considered the four-year election rule of the United States to be unnatural.

Some scholars like Juan Linz, Fred Riggs, Bruce Ackerman, and Robert Dahl claim that parliamentary government is less prone to authoritarian collapse.[citation needed] These scholars point out that since World War II, two-thirds of Third World countries establishing parliamentary governments successfully made the transition to democracy.[citation needed] By contrast, no Third World presidential system successfully made the transition to democracy without experiencing coups and other constitutional breakdowns.[citation needed]

Some constituencies may have a popular local candidate under an unpopular leader (or the reverse), forcing a difficult choice on the electorate. Mixed-member proportional representation (where voters cast two ballots) can make this choice easier by allowing voters to cast one vote for the local candidate but also cast a second vote for another party.

Although Bagehot praised parliamentary government for allowing an election to take place at any time, the lack of a definite election calendar can be abused. Previously under some systems, such as the British, a ruling party could schedule elections when it felt that it was likely to retain power, and so avoid elections at times of unpopularity. (Election timing in the UK, however, is now partly fixed under the Fixed-term Parliaments Act 2011.) Thus, by wise timing of elections, in a parliamentary system a party can extend its rule for longer than is feasible in a functioning presidential system. This problem can be alleviated somewhat by setting fixed dates for parliamentary elections, as is the case in several of Australia's state parliaments. In other systems, such as the Dutch and the Belgian, the ruling party or coalition has some flexibility in determining the election date. Conversely, flexibility in the timing of parliamentary elections can avoid periods of legislative gridlock that can occur in a fixed period presidential system. 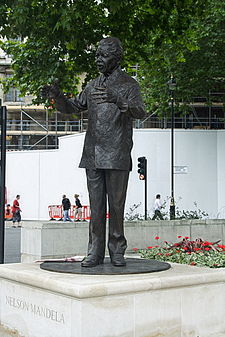 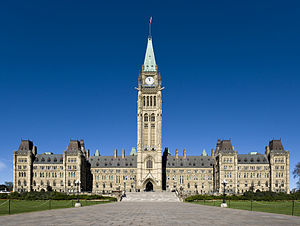 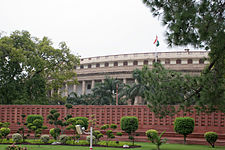 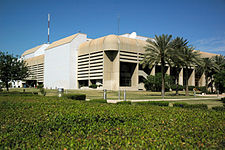 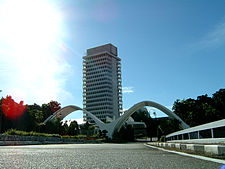 The administrative building of the Albanian Parliament 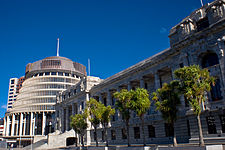 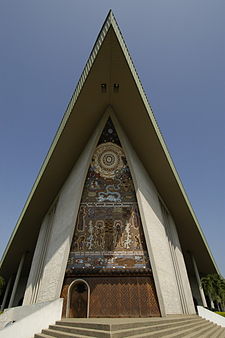