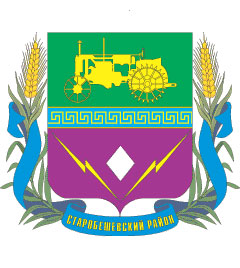 Praskovia Nikitichna Angelina (Russian: Праско́вья Ники́тична Анге́лина), popularly known as Pasha Angelina (Russian: Па́ша Анге́лина) (December 30  [O.S. January 12] 1912 – January 21, 1959) was a celebrated Soviet udarnik and Stakhanovite at the time of the first Five Year Plans. She was glorified as one of the first female tractor-operators in the USSR and was made a symbol of the technically educated female Soviet worker.

Angelina came from Starobesheve, a village of Greek families who had moved to the region from the Crimea in the late 18th century, and she spoke both Greek and a local Turkic language; her father was a farmhand and her mother whitewashed huts.[2] In 1929, she started attending tractor-driving courses in her native oblast while also working at a dairy farm. In 1933, she organized an all-female tractor team that was reported to have achieved 129% of the quota and thus to have ranked first among the tractor teams of the region. She was made an official Soviet celebrity, glorified in the media and depicted on propaganda posters. In 1935, she was among the "Champions of Agricultural Labour" selected to hold a conference with the leaders of the Party and state in the Kremlin. At that conference, she officially promised to organize 10 more female tractor teams in her raion. In 1938 she signed an appeal entitled "One hundred thousand (female) friends - onto the tractor!" (Russian: "Сто тысяч подруг - на трактор!"). Women shouldering work with tractors made it possible for more men to be drafted into the Soviet army before and during World War II. During the Second World War, Angelina studied agriculture in Moscow for two years and then worked as a team leader in Kazakhstan until the end of hostilities. After the war, she returned to work in the same function in Starobeshevo. In 1948, Angelina authored an autobiographical book, Lyudi kolkhoznykh polei ("The people of the kolkhoz fields"). She died of cirrhosis[3] in Moscow in 1959.