From Infogalactic: the planetary knowledge core
(Redirected from Patrol boats)
Jump to: navigation, search
This article is about the naval vessel. For the Australian TV series, see Patrol Boat (TV series). 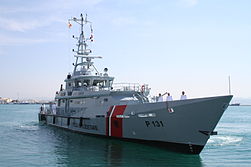 Iliria, an example of a modern Patrol boat of the Albanian Naval Force

A patrol boat is a relatively small naval vessel generally designed for coastal defence duties. There have been many designs for patrol boats. They may be operated by a nation's navy, coast guard, police force or customs and may be intended for marine (blue water) or estuarine or river ("brown water") environments. They are commonly found engaged in various border protection roles, including anti-smuggling, anti-piracy, fisheries patrols, and immigration law enforcement. They are also often called upon to participate in rescue operations. Vessels of this type include the original yacht (from Dutch/Low German jacht meaning hunting or hunt), a light, fast-sailing vessel used by the Dutch navy to pursue pirates and other transgressors around and into shallow waters.

During both World Wars in order to rapidly build up numbers, all sides created auxiliary patrol boats by arming motorboats and seagoing fishing trawlers with machine guns and obsolescent naval weapons. Some modern patrol vessels are still based on fishing and leisure boats. Seagoing patrol boats are typically around 30 m (100 ft) in length and usually carry a single medium caliber artillery gun as main armament, and a variety of lighter secondary armament such as machine guns or a close-in weapon system. Depending on role, vessels in this class may also have more sophisticated sensors and fire control systems that would enable them to carry torpedoes, anti-ship and surface-to-air missiles.

Most modern designs are powered by gas turbine arrangements such as CODAG, and speeds are generally in the 25–30 knots (46–56 km/h; 29–35 mph) range. They are primarily used for patrol in a country's Exclusive Economic Zone. Common tasks are fisheries inspection, anti-smuggling (usually anti-narcotics) duties, illegal immigration patrols, anti-piracy patrols and search and rescue (law enforcement-type of work). The largest OPVs might also have a flight deck and helicopter embarked. In times of crisis or war, these vessels are expected to support the larger vessels in the navy.

PCE-872, a World War II patrol craft escort of the US Navy

Their small size and relatively low cost make them one of the most common type of warship in the world. Almost all navies operate at least a few offshore patrol vessels, especially those with only "green water" capabilities. They are useful in smaller seas such as the North Sea as well as in open oceans. Similar vessels for exclusively military duties include torpedo boats and missile boats. The United States Navy operated the Pegasus class of armed hydrofoils for years, in a patrol boat role. The River Patrol Boat (PBR, sometimes called "Riverine" and "Pibber") is a U.S. design of small patrol boat type designed to patrol waters of large rivers. 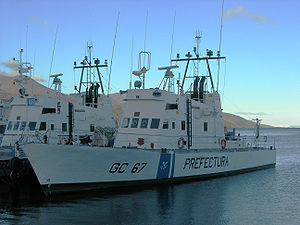 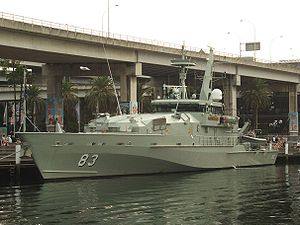 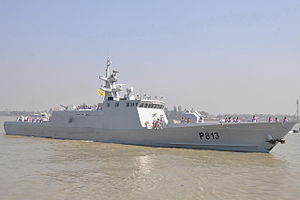 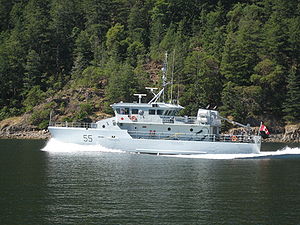 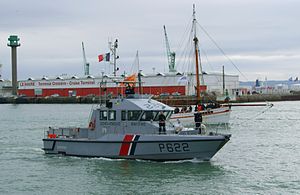 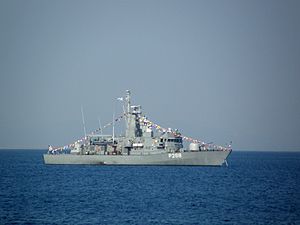 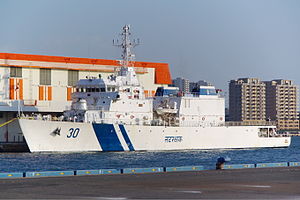 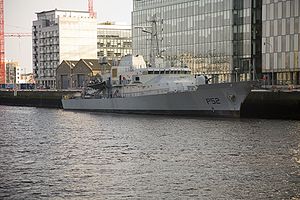 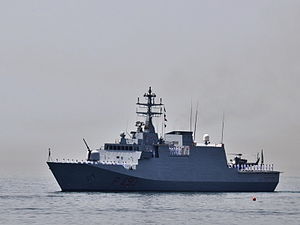 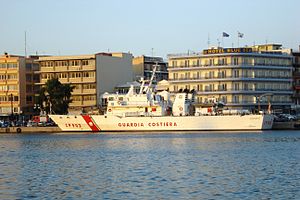 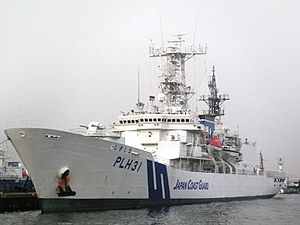 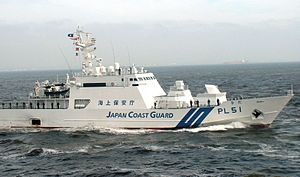 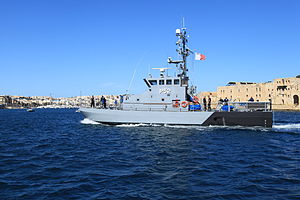 Protector class patrol boat P52 of the Maritime Squadron of the Armed Forces of Malta. 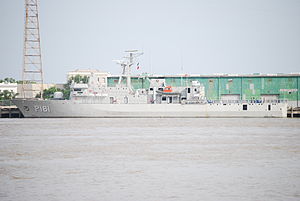 ARM Oaxaca, an Oaxaca class OPV of the Mexican Navy 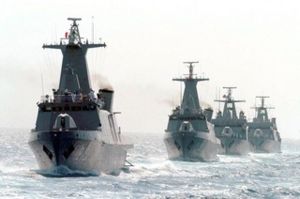 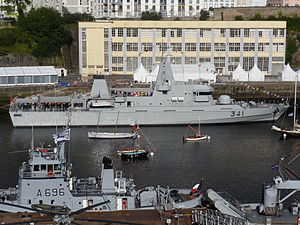 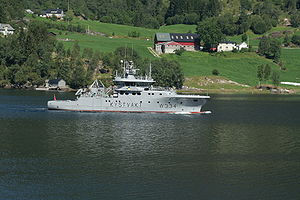 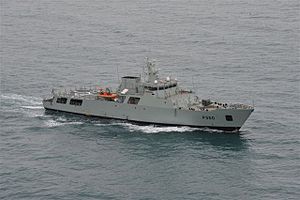 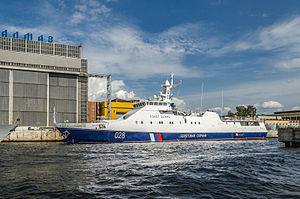 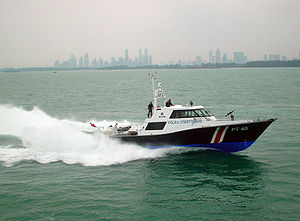 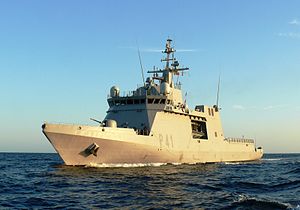 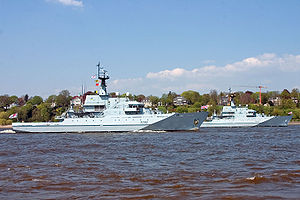