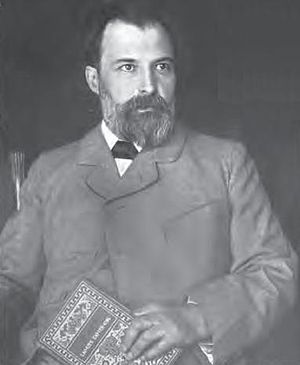 Carus was born in Ilsenburg, Germany, and educated at the universities of Strassburg (then Germany, now France) and Tübingen, Germany. After obtaining his PhD from Tübingen in 1876[3] he served in the army and then taught school. He had been raised in a pious and orthodox Protestant home, but gradually moved away from this tradition.[4]

He left Bismarck's Imperial Germany for the United States, "because of his liberal views". [5] After he emigrated to the USA (in 1884) he lived in Chicago, and in LaSalle, Illinois. Paul Carus married Edward C. Hegeler's daughter, engineer Mary Hegeler (Marie) and the couple later moved into the Hegeler Carus Mansion, built by her father. They had seven children, the firstborn, Robert died at birth, but Edward (b. 1890), Gustave (b. 1892), Paula (b. 1894), Elisabeth or “Libby” (b. 1896), Herman (b. 1899), and Alwin (b. 1901) all lived long lives.[6] Mary ran the family business, Matthiessen-Hegeler Zinc Company and the Open Court business and later took on the editorial role after Carus' death, alongside their daughter Elizabeth.[7]

In the United States, Carus briefly edited a German-language journal and wrote several articles for the Index, the Free Religious Association organ.[1]

Soon after, he became the first managing editor of the Open Court Publishing Company, founded in 1887 by his father-in-law.[5] The goals of Open Court were to provide a forum for the discussion of philosophy, science, and religion, and to make philosophical classics widely available by making them affordable.[6]

He also acted as the editor for two periodicals published by the company, The Open Court and The Monist.[3][8]

He was introduced to Charles Sanders Peirce, the founder of American Pragmatism, by Judge Francis C. Russell of Chicago. Carus stayed abreast of Peirce's work and would eventually publish a number of his articles.[9]

Carus considered himself a theologian rather than philosopher. He referred to himself as "an atheist who loved God".[11][12]

Carus is proposed to be a pioneer in the promotion of interfaith dialogue. He explored the relationship of science and religion, and was instrumental in introducing Eastern traditions and ideas to the West.[5] He was a key figure in the introduction of Buddhism to the West,[4] sponsoring Buddhist translation work of D.T. Suzuki, and fostering a lifelong working friendship with Buddhist Master, Soyen Shaku. Carus' interest in Asian religions seems to have intensified after he attended the World's Parliament of Religions (in 1893).

For years afterwards, Carus was a strong sympathizer of Buddhist ideas, but stopped short of committing fully to this, or any other, religion. Instead, he ceaselessly promoted his own rational concept which he called the "Religion of Science." Carus had a selective approach and he believed that religions evolve over time. After a battle for survival, he expected a "cosmic religion of universal truth" to emerge from the ashes of traditional beliefs.[4]

Carus proposed his own philosophy similar to panpsychism known as 'panbiotism', which he defined as "everything is fraught with life; it contains life; it has the ability to live."[13]

Carus was a follower of Benedictus de Spinoza; he was of the opinion that Western thought had fallen into error early in its development in accepting the distinctions between body and mind and the material and the spiritual. (Kant's phenomenal and noumenal realms of knowledge; Christianity's views of the soul and the body, and the natural and the supernatural). Carus rejected such dualisms, and wanted science to reestablish the unity of knowledge.[14] The philosophical result he labeled Monism.[1]

His version of monism is more closely associated with a kind of pantheism, although it was occasionally identified with positivism.[12] He regarded every law of nature as a part of God's being. Carus held that God was the name for a cosmic order comprising "all that which is the bread of our spiritual life." He held the concept of a personal God as untenable. He acknowledged Jesus Christ as a redeemer, but not as the only one, for he believed that other religious founders were equally endowed with similar qualities.[12]

His beliefs attempted to steer a middle course between idealistic metaphysics and materialism. He differed with metaphysicians because they "reified" words and treated them as if they were realities, and he objected to materialism because it ignored or overlooked the importance of form. Carus emphasized form by conceiving of the divinity as a cosmic order. He objected to any monism which sought the unity of the world, not in the unity of truth, but in the oneness of a logical assumption of ideas. He referred to such concepts as henism, not monism.[12]

Carus held that truth was independent of time, human desire, and human action. Therefore, science was not a human invention, but a human revelation which needed to be apprehended; discovery meant apprehension; it was the result or manifestation of the cosmic order in which all truths were ultimately harmonious.[12]

It is claimed that Carus was dismissed by Orientalists and philosophers alike because of his failure to comply with the rules of either discipline.[15]

The legacy of Paul Carus is honored through the efforts of the Hegeler Carus Foundation, the Carus Lectures at the American Philosophical Association (APA), and the Paul Carus Award for Interreligious Understanding[16] by the Council for a Parliament of the World's Religions (CPWR). Mary Hegeler Carus and their daughter Elizabeth Carus took on the editorial role after Carus' death.[7]