Founded in November 1990 in the Russian SFSR as a pro-reform and pro-democracy party, the later Republican Party of Russia (RPR) became one of Russia’s oldest political parties. In 2007 the party was denied re-registration and declared to be dissolved by the Russian Supreme Court. It was only after the European Court of Human Rights ruled that the denial of registration was unlawful that it could restore its official registration in May 2012. Today, PARNAS is led by Mikhail Kasyanov and is an associate member of the Alliance of Liberals and Democrats for Europe (ALDE).[4]

The RPR and the SDP formed a united faction (Объединенная депутатская группа РПРФ/СДПР) in the Russian Congress of People's Deputies (later, they fused with similar groups to form the faction 'Left Centre', which was pro-reform but more moderate than groups like the 'Radical Democrats', which advocated radical economic reforms). In contrast to the social democrats, the Republicans participated in the Movement of Democratic Reforms that was formed in summer, 1991 and included mostly liberal-minded former nomeklatura members (Alexander Yakovlev, Gavriil Popov et al.). The Republican Party initially supported both Yegor Gaidar's economic reforms and Boris Yeltsin in his conflict with the Supreme Soviet; later, some of the leaders turned more critical of Yeltsin. The Republican Party left the Democratic Russia bloc in October, 1993 due to disagreements with the bloc's policies.

The party members won altogether 12 seats in the newly elected parliament in 1993: 5 republicans within the Yabloko bloc and 7 from Democratic Choice of Russia. In the 1995 legislative election, party ran within the Pamfilova - Gurev - N.Lysenko bloc, that failed to cross the 5% barrier. Lysenko and Ella Pamfilova won seat through majoritarian district.

At the end of 1998, Nikolay Lysenko, retaining the post of RP chairman, joined Yuri Luzhkov's Otechestvo bloc, whereas a number of the regional organisations of the Republican Party cooperated with small liberal parties like Right Cause or Sergey Kiriyenko's New Force etc.

In 1999, Lysenko won a parliament seat in a majoritarian district. In 2002, the party was reorganized into the Republican Party of Russia.[5]

File:Miting9okt2010.jpg
The first meeting of the coalition of democratic forces "For Russia without Lawlessness and Corruption" in Moscow on Bolotnaya Square on October 9, 2010
See also: Case of Republican Party of Russia

In 2007, the Russian Supreme Court ruled the party to be dissolved, according to Ryzhkov because of the opposition to the government. In 2011 the European Court of Human Rights ruled out the refusal to register the party was unlawful. Since 5 May 2012, the Justice Ministry has restored the state registration of the Republican Party of Russia.

In 2011, party's dissolution was held to be unlawful by the European Court of Human Rights.[6] In January 2012, following the entry into force of the ECtHR’s judgment, the Supreme Court of the Russian Federation quashed its 2007 decision to dissolve the party.[7]

Merger with PARNAS and recent elections

On its 15th congress on 16 June 2012 RPR merged with PARNAS and took the name RPR-PARNAS.

In 2015 it was rebranded to just PARNAS.

The ideology of the RPR-PARNAS is liberalism, federalism and human rights.[citation needed] In his interview, Kasyanov said "there is no higher value for the government than human rights." He defined ideological stance of PRP-PARNAS as right-of-center liberalism.[8]

The RPR-PARNAS cooperates with Yabloko, A Just Russia, Civic Platform, Alexei Kudrin, Vladimir Milov and others. 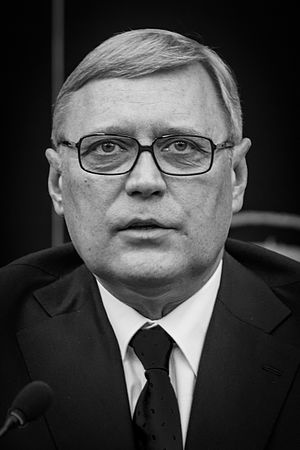