Per Erik Rutger Martin-Löf (born 1942) is a Swedish logician, philosopher, and mathematical statistician. He is internationally renowned for his work on the foundations of probability, statistics, mathematical logic, and computer science. Since the late 1970s, Martin-Löf's publications have been mainly in logic. In philosophical logic, Martin-Löf has wrestled with the philosophy of logical consequence and judgment, partly inspired by the work of Brentano, Frege, and Husserl. In mathematical logic, Martin-Löf has been active in developing intuitionistic type theory as a constructive foundation of mathematics; Martin-Löf's work on type theory has influenced computer science.[1]

Until his retirement in 2009,[2] Per Martin-Löf held a joint chair for Mathematics and Philosophy at Stockholm University.[3]

His brother Anders Martin-Löf is now emeritus professor of mathematical statistics at Stockholm University; the two brothers have collaborated in research in probability and statistics. The research of Anders and Per Martin-Löf has influenced statistical theory, especially concerning exponential families, the expectation-maximization method for missing data, and model selection.[4]

Per Martin-Löf is an enthusiastic bird-watcher, whose first scientific publication was on the mortality rates of ringed birds.[5]

Following Martin-Löf's work, algorithmic information theory defines a random string as one that cannot be produced from any computer program that is shorter than the string (Chaitin–Kolmogorov randomness); i.e. a string whose Kolmogorov complexity is at least the length of the string. This is a different meaning from the usage of the term in statistics. Whereas statistical randomness refers to the process that produces the string (e.g. flipping a coin to produce each bit will randomly produce a string), algorithmic randomness refers to the string itself. Algorithmic information theory separates random from nonrandom strings in a way that is relatively invariant to the model of computation being used.

Per Martin-Löf has done important research in mathematical statistics, which (in the Swedish tradition) includes probability theory and statistics.

Per Martin-Löf began bird watching in his youth and remains an enthusiastic bird-watcher.[7] As a teenager, he published an article on estimating the mortality rates of birds, using data from bird ringing, in a Swedish zoological journal: This paper was soon cited in leading international journals, and this paper continues to be cited.[5][8]

In the biology and statistics of birds, there are several problems of missing data. Martin-Löf's first paper discussed the problem of estimating the mortality rates of the Dunlin species, using capture-recapture methods. A second problem of missing data arises with studying the sex of birds. The problem of determining the biological sex of a bird, which is extremely difficult for humans, is one of the first examples in Martin-Löf's lectures on statistical models.

In the 1970s, Per Martin-Löf made important contributions to statistical theory and inspired further research, especially by Scandinavian statisticians including Rolf Sundberg, Thomas Höglund, and Steffan Lauritzen. In this work, Martin-Löf's previous research on probability measures on semigroups led to a notion of "repetitive structure" and a novel treatment of sufficient statistics, in which one-parameter exponential families were characterized. He provided a category-theoretic approach to nested statistical models, using finite-sample principles. Before (and after) Martin-Löf, such nested models have often been tested using chi-square hypothesis tests, whose justifications are only asymptotic (and so irrelevant to real problems, which always have finite samples).[12]

Martin-Löf's student, Rolf Sundberg, developed a detailed analysis of the expectation-maximization (EM) method for estimation using data from exponential families, especially with missing data. Sundberg credits a formula, later known as the Sundberg formula, to previous manuscripts of the Martin-Löf brothers, Per and Anders.[13][14][15][16] Many of these results reached the international scientific community through the 1976 paper on the expectation maximization (EM) method by Arthur P. Dempster, Nan Laird, and Donald Rubin, which was published in a leading international journal, sponsored by the Royal Statistical Society.[17] 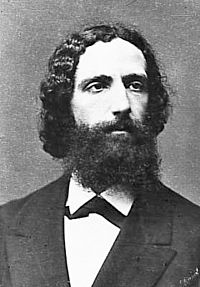 In philosophical logic, Per Martin-Löf has published papers on the theory of logical consequence, on judgments, etc. He has been interested in Central-European philosophical traditions, especially of the German-language writings of Franz Brentano, Gottlob Frege, and of Edmund Husserl.

Martin-Löf has worked in mathematical logic for many decades.

From 1968 to '69 he worked as an Assistant Professor at the University of Chicago where he met William Alvin Howard with whom he discussed issues related to the Curry–Howard correspondence. Martin-Löf's first draft article on type theory dates back to 1971. This impredicative theory generalized Girard's System F. However, this system turned out to be inconsistent due to Girard's paradox which was discovered by Girard when studying System U, an inconsistent extension of System F. This experience led Per Martin-Löf to develop the philosophical foundations of type theory, his meaning explanation, a form of proof-theoretic semantics, which justifies predicative type theory as presented in his 1984 Bibliopolis book, and extended in a number of increasingly philosophical texts, such as his influential On the Meanings of the Logical Constants and the Justifications of the Logical Laws.

The 1984 type theory was extensional while the type theory presented in the book by Nordström et al. in 1990, which was heavily influenced by his later ideas, intensional, and more amenable to being implemented on a computer.

Martin-Löf's intuitionistic type theory developed the notion of dependent types and directly influenced the development of the calculus of constructions and the logical framework LF. A number of popular computer-based proof systems are based on type theory, for example NuPRL, LEGO, Coq, ALF, Agda, Twelf and Epigram.

Martin-Löf is a member of the Royal Swedish Academy of Sciences[18] and of the Academia Europaea.[3]